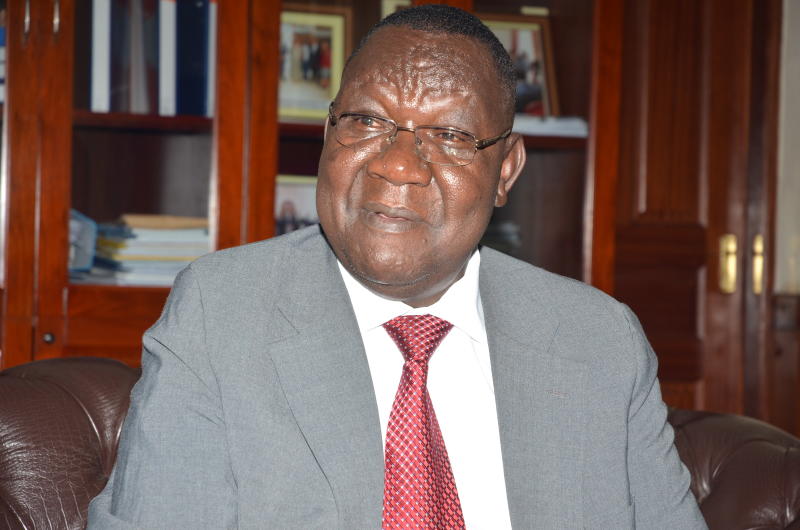 Reports reaching Standard Digital desk indicate that Dr Ayisi died yesterday night at around 23:55pm. He was admitted to Mater Hospital in Nairobi where he was battling the virus that has so far claimed 1,051 lives in the country.

As of yesterday, Kenya had recorded 58,587 confirmed Covid-19 cases.

Earlier this week, there were rumours that Ayisi has succumbed. However, the family disputed the news. As at Monday, Ayisi was still in the Intensive Care Unit (ICU). Governor Sonko had to retract the condolence message he posted on social media and apologise.

Netizens also joined in sending their condolence messages on social media until Sonko retracted the message.

Robert Ayisi was appointed as the County Secretary of the Nairobi County Government in January 2016 by Governor Evans Kidero.

The position was until then held in an acting capacity by Finance County Executive Committee Member Gregory Mwakanongo.

Ayisi oversaw the launch of an early voluntary retirement scheme for low-cadre employees in Nairobi County to streamline its bloated workforce.

Are we seeing early indicators of a financial crisis?
The writer argues that a strong dollar, war and the coronavirus have all colluded to make developing economies struggle with high inflation and currency shortages.
Opinion
By Odhiambo Ramogi
1 day ago

Current pain is not all due to Ukraine, Covid-19 pandemic
The government has been telling everyone willing to listen that the current economic crisis is due to the war in Ukraine and lingering effects of disruptions to supply chains by the Covid-19 pandemic.
Ken Opalo
By Ken Opalo
2 days ago

Covid-19 infections rise by 559
The Ministry of Health in a statement also said 23,700 vaccines were administered in the last 24 hours.
Health & Science
By David Njaaga
4 days ago

Things look up again for office market after pandemic hit
When Covid struck, most firms operated a hybrid working model but this has changed since the reopening of the economy.
Real Estate
By Francis Ayieko
4 days ago
.