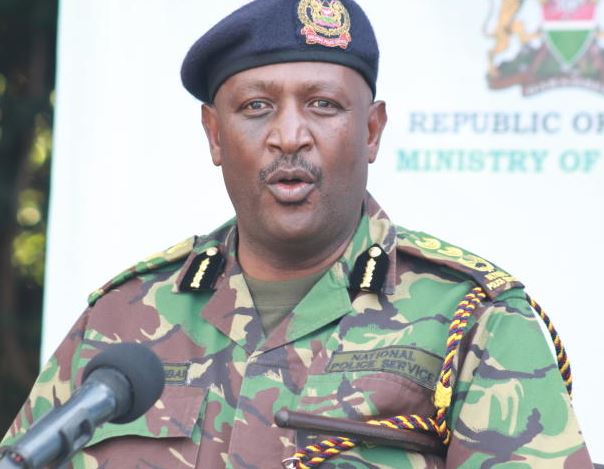 The National Police Service Commission (NPSC) and the Inspector General of Police have differed over an announcement on the hiring of 5,000 new police officers.

On Thursday, Kinuthia announced that the commission had approved the recruitment of 5,000 personnel and 150 professionals.

“The approval was granted during a full commission meeting attended by all commissioners, Interior PS Karanja Kibicho and DCI Director George Kinoti,” he said.

But on Friday, Mutyambai issued a statement dismissing the announcement by Kinuthia as null and void.

“We wish to advice members of the public to treat information appearing on social media on police recruitment as null and void. The NPS has not announced any recruitment drive,” said the IG.

Insiders accused Kinuthia of rushing to make the announcement without considering pertinent issues. The commission had apparently agreed to first seek Cabinet and National Treasury approval before making such plans public.

“We don’t have a budget for the exercise and we needed to pass through various stages before making the announcement. It can’t be done without money,” said an official aware of the discussions.

National Treasury CS Ukur Yatani had in September said in a circular to all PSs and other accounting officers that there will be no costing for recruitment in the 2019-20 budget.

NPS has been facing a staff shortage occasioned by no recruitment in the last two years.

It is estimated that about 3,000 police officers had left the service in three years.

This has severely hampered the day-to-day working of the police service, Deputy Inspector General of Police Edward Mbugua had said last month.

By David Njaaga 18 hours ago
Police, suspect killed in Kahawa West shoot out