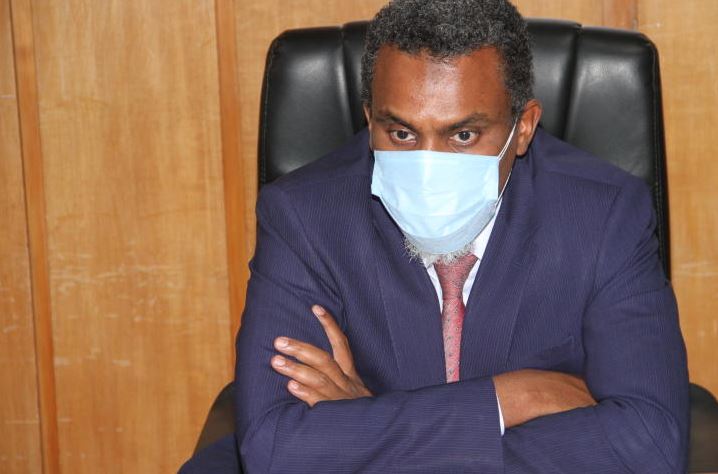 Kenyans will have to wait longer before suspects implicated in the Sh7.8 billion Kenya Medical Supplies Agency (Kemsa) scam are prosecuted.

This is after the Director of Public Prosecutions Noordin Haji (pictured) recommended further probe into the Kemsa Covid-19 emergency commodities procurement scandal by the Ethics and Anti-Corruption Commission (EACC) in order to build a water-tight case.

This is also in light with President Uhuru Kenyatta’s firm commitment to ensure those implicated are brought to book no matter their stature in society.

Yesterday, Haji confirmed that he had returned the inquiry file to EACC with cover notes, to fill the loose ends before he can review it further and give consent for prosecution.

The EACC had submitted the file to DPP last month seeking his nod to charge six suspects in relation to the alleged irregular procurement and payments at the troubled agency.

In turn, he assigned a team of six senior prosecutors to review the EACC file, before giving a greenlight to charge the persons named.

“The team identified key areas that need to be sufficiently covered by way of further investigations before a final decision can be made,” he said.

He went on, “Having carefully analysed the report by the team and considering the requirements for a strong and successful prosecution, I have come to the conclusion that the identified areas should be covered by the EACC.”

Haji directed that EACC investigators and his team to jointly hold a meeting to address gaps in the probe in the procurement irregularities and fraudulent payments at Kemsa.

The prosecutors had been analysing recommendations from EACC which were submitted to the DPP two weeks ago.

“On review, it emerged that the scope of investigation was massive, with several witnesses, entities and thousands of documents to be examined. This was achieved despite the clear time constraints,” Haji noted.

However, he indicated that upon conclusion of review, the team identified key areas that need to be sufficiently covered by way of further probe before a final decision is made.

The agency has dominated the headlines lately following claims of questionable tenders awarded to powerful individuals, which DPP acknowledged is a matter of public interest that should be expedited.

According to the EACC boss Twalib Mbarak, it is a common practice for files to be returned from the ODPP to EACC and this is meant to enhance efficiency in the criminal justice system.

“The process is meant to ensure we only take watertight cases to court and the KEMSA matter might even take longer to address. This is not the first case, we have had back and forth deliberations, a good example is the Sh4.1billion Lake Basin Development Authority scam,” he stated.

Mbarak and Haji said the probe at Kemsa is complex. Uhuru has vowed no stone will be left unturned in the investigations.

Experts from the National Environment Management Authority, Water Resource Authority and geologists will be part of the committee.