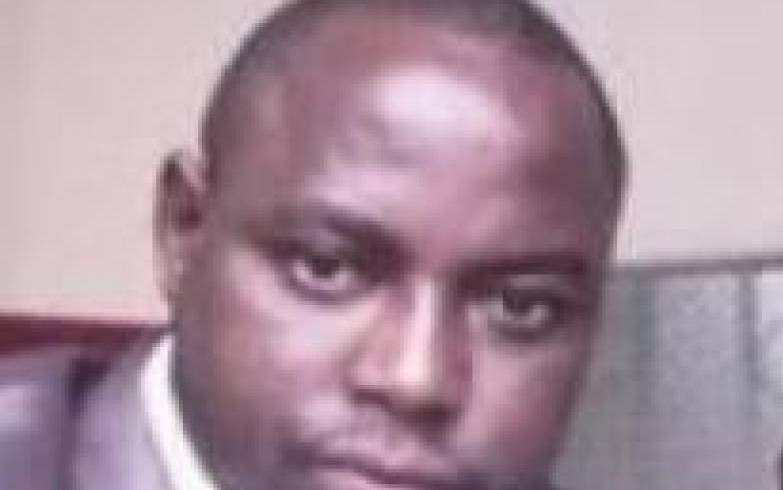 A university lecturer has been jailed for three years for soliciting and receiving a bribe of Sh3,000 from a student to help him pass exams.

Vincent Mbindo Kathumo, a lecturer at University of Nairobi's Upper Kabete Campus, was found guilty of receiving the bribe from Duncan Kibet as an inducement to forgive the student for an examination irregularity and help him get higher marks.

Dr Kathumo (pictured), was however given the option to pay Sh150,000 fine.

Lady Justice Mumbi Ngugi ruled that although the amount received was a mere Sh3,000, the punishment was necessary to save students from lecturers who intimidate them and ask for bribes to help them pass exams.

“This case demonstrates the dismal moral chasm into which we have fallen as a society. He is a lecturer holding a position of authority and responsibility to open the minds of his students, but has abused his position to intimidate and receive bribes from the students,” ruled Ngugi.

Ngugi ruled that she was convinced the lecturer requested the bribe to improperly perform a public function and should suffer the consequences.

According to information from the UoN website, Kathumo is a lecturer in the Department of Land Resource Management and Agriculture Technology (LARMAT) specialising in Soil Science, Remote Sensing and Geo-Information Systems.

The complainant, Duncan Kibet, testified that he was a student at UoN, Upper Kabete Campus and was sitting an examination in Land Forms and Soil Formation on December 21, 2016, when the incident happened.

Kibet said he entered the exam room with his phone switched off and midway through the exam, Dr Kathumo who was supervising them, saw the phone protruding from his pocket.

“He confiscated my phone and the exam paper and asked me to leave the room. I was joined by around 20 students who had also been found with phones. After the exam, he took our numbers, returned our phones and told us to prepare to re-sit the exam in January 2017,” said Kibet.

Kibet said Dr Kathumo called him on January 17, 2017, and told him to meet him the next day at his office. During the meeting, he testified that the lecturer demanded that for the matter to end, he should give him Sh2,000 for forgiveness and Sh3,000 to help him re-sit the paper.

They agreed that the money would be paid before the end of that day, after which the lecturer gave Kibet the answer sheet for the exam, which he copied and was awarded 64 marks.

When he left the lecturer’s office, Kibet called his father and told him that the lecturer wanted a bribe of Sh5,000. They then went to complain to the Deputy Vice-Chancellor, who told them to report to Central Police Station, where they were referred to Ethics and Anti-Corruption Commission.

At the EACC, Kibet said they met at the investigator and while he was narrating his story, Dr Kathumo called asking why he was taking long to send the money.

“I then put our conversation on the loudspeaker and recorded everything in the presence of the EACC investigator. Dr Kathuno instructed that I send him Sh3,000 and pay the balance later,” swore Kibet.

After sending, he called the lecturer while still at EACC and he confirmed that he had received the money. A few minutes later, Kibet said he confirmed that Kathumo had awarded him the marks even though he did not resit the exams.

After a full trial, Anti-Corruption court magistrate Lawrence Mugambi found him guilty of all the three offences and sentenced him to a total three years or a fine of Sh150,000.

Lady Justice Ngugi upheld the three-year jail sentence and dismissed the lecturer’s appeal against the conviction.

Kathumo had defended himself, saying he gave the money to a needy person.

Uproar over unequal pay for lecturers