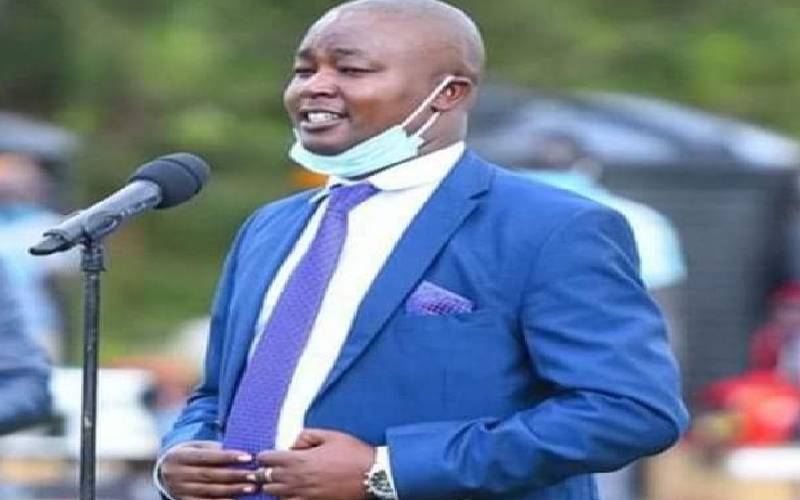 Public servants will not hold office in an acting capacity for more than six months should a proposed law be enacted.

The Public Service Commission (Amendment) Bill, 2019 sponsored by Embakasi Central MP Benjamin Gathiru (pictured) seeks to ensure the acting allowances payable to those acting is a thing of the past beyond six months.

The amended Bill will be debated this week.

“A public officer may be appointed in an acting capacity for at least 30 days but not exceeding a period of six months. Upon the expiry of six months, an officer appointed under this act shall not be entitled to any acting allowances,” says the Bill.

According to Gathiru, the amendment is meant to increase the job vacancies available to Kenyan citizens below the age of 60 years.

Gathiru argues that a number of positions are sometimes held by people older than 60 on account that they possess rare knowledge, skills and competences.

“The period of six months prescribed should provide adequate time for the organisation to recruit and substantively fill the position. Failure to comply with this provision will result in the officer not earning any acting allowances,” the Embakasi Central MP says in the proposed law.

The Bill also seeks to save the contracts of the officers currently engaged by the Public Service Commission or other appointing authority to be allowed to complete their contracts.

According to Gathiru, if the Bill becomes law, PSC and other appointing authorities would have a grace period to train officers for the necessary skills required by the organisations.

The Bill further provides for the amendment of Section 80 of the Public Service Commission Act by prescribing the retirement age of 60 years in the Act as opposed to the age being prescribed in the regulations.

“A public officer engaged for service by the commission or other appointing authority after attaining the mandatory retirement age before the commencement of this Act shall serve for the remainder of the term of the contract,” reads the Bill.

The Bill, which seeks to end a tradition of keeping civil servants in acting positions for long periods, also provides that the mandatory age of retirement is 60 years “without exception”. The retirement age is currently spelt out in PSC Act regulations

The proposed changes come in the wake of radical policy stopping employment of entry-level State workers on permanent and pensionable terms from July.

Only senior civil servants of the rank of a director (Job Group S) and above are currently hired on contractual terms.

Previous article
Teenage pregnancy: Let us not bury our heads in the sand
Next article
Why being a Muslim is tough in today's world