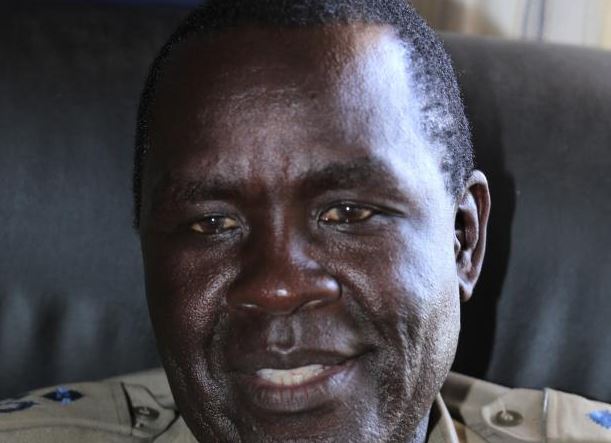 Ipara (pictured) was summoned to Vigilance House and questioned by a senior officer whose verdict was that his explanation of events preceding the attempted arrest of Sudi was not convincing.

It is not the first time that Ipara is caught in such bungled operations. In 2018, he was fingered for mishandling an operation that was aimed at arresting a wanted suspect and businessman Ali Punjani in Mombasa.

After the latest operation in Eldoret, Ipara was replaced by his Elgeyo Marakwet counterpart John Mwinzi in changes that were effected on Wednesday.

Officials aware of the developments said Ipara was accused of complacence in the manner in which he handled the operation to arrest Sudi last Friday.

Ipara was asked to explain why he and his team allowed Sudi to address a march in Eldoret Town on Friday while he knew the MP was wanted or was supposed to be questioned over hate speech and incitement to violence.

Sudi had arrived in town in a convoy of several cars and boda boda riders causing a huge traffic jam.

Ipara was asked to explain why he failed to order the arrest of the MP despite the fact that two lorries full of General Service Unit (GSU) officers had been deployed in Eldoret town ahead of his arrival.

He said he exercised restraint to avoid inconveniencing businesses in the town and possible destruction of property.

As the county police boss, Ipara was directly in charge of the operation to arrest the Sudi and in the police standing orders, would be held responsible for any hitches in the exercise as opposed to his juniors.

He is a Commissioner of Police.

Officials said there was communication detected between the MP and some senior police officers after the rally, which may have betrayed the command at large. Sudi was arrested after he surrendered to Langas Police Station a day after he had escaped a police dragnet.

He is being held for a week as police investigate him over among others resisting arrest, hate speech and illegal possession of guns.

Ipara has served several stations in the country including Nakuru, Embakasi in Nairobi, Meru and later moved to Mombasa on promotion as the County Commander.

Shortly after Interior Cabinet Secretary Fred Matiang’i declared war against drug traffickers at the Coast in 2018, police in Mombasa made a rare raid at Mombasa tycoon Ali Punjani’s palatial home in Nyali.

During the raid, Punjani’s highly secretive life of opulence was exposed to the world for the first time as police invited the media to cover the war on drugs.

Ipara, who was then Mombasa County Commander, oversaw the operation that later prompted instant transfers. The entire police leadership in the area was moved.

Ipara was moved to Uasin Gishu in the same capacity in August 2019 where he has been since then. During his reign at Uasin Gishu, he said crime had reduced drastically after he employed various approaches on handling the vice.

In Mombasa, he said he had managed to address the drug menace while he served there for almost three years.

Previous article
'This is your last chance'- KNUN to Senate over revenue standoff
Next article
You can walk again! How a centre in Kijabe is changing lives

By Josphat Thiong’o and Jacob Ng'etich