Kemsa scam: Pay what you can, supplier pleads as Murathe grilled 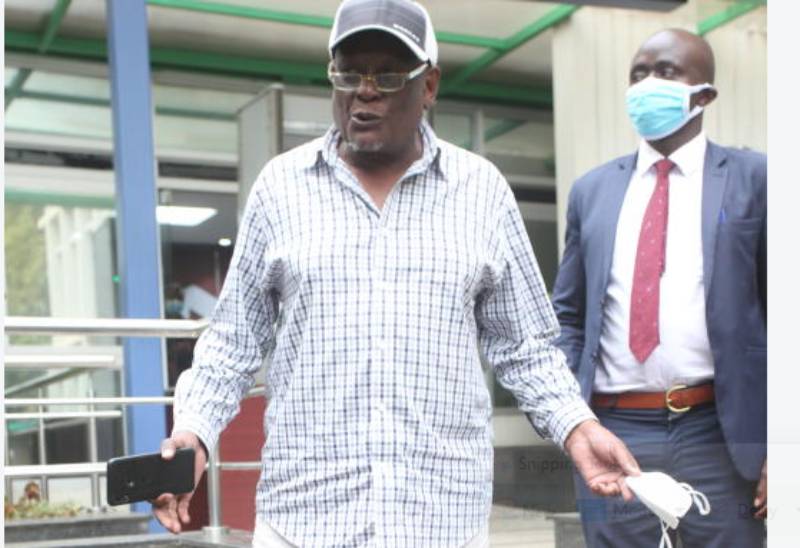 Jubilee Party Vice Chairman David Murathe (pictured) turned up before investigators yesterday to explain what he knows about the Covid-19 billionaires saga as MPs were befuddled by the shadowy operations of some of the suppliers.

A confident Murathe emerged from the grilling and said he had told the investigators to summon deputy president William Ruto to shed light on the matter. On Tuesday night, Murathe had linked the DP to the Kenya Medical Supplies Agency (Kemsa) dealings.

“We have evidence that Kilig is as associated with DP and his associates. They (EACC) will now be calling the DP to record his statements on the matter,” he said.

But in a swift rejoinder, the DP, through his Spokesman David Mugonyi, said Murathe should stop using his name to divert attention from the scandal.

“The end is nigh. Nowhere to hide. No more scapegoating,” Ruto had tweeted on Wednesday, the morning after Murathe appeared on television to distance himself from the scam.

A key member of President Uhuru Kenyatta’s men, Murathe spent three hours in the office located at the Madison Insurance head office in Upper Hill where the EACC investigators were working from yesterday.

He went in at 3.08pm and emerged from the interrogation room shortly after 6.15pm last evening. At one point a driver in a Kemsa branded car was seen arriving at the building with bundles of files, which he delivered to one of the offices.

Murathe has been linked to the scandal through a company identified as Kilig, which was registered on January 22 and awarded a Sh4billion-contract by Kemsa, before it was cancelled.

The company was not among the pre-qualified firms at Kemsa — it was hand-picked and awarded the lucrative tender for the supply of 450,000 personal protective equipment at Sh9,000 each.

Murathe said the company, whose directors he was familiar with, did not receive any money from Kemsa, despite having been awarded the tender. He said Kilig had logistical challenges and could not supply the required items.

“They (Kilig) could not secure financing despite having a commitment letter from Kemsa. They, therefore, did not supply nor receive a single shilling from Kemsa,” he said.

Yesterday’s events came as MPs were coming to terms with the dramatic appearance of James Kipketer Chelule, the Shop n Buy proprietor who all looked but the part of Covid billionaires.

He created both confusion and interest among both the legislators and other established suppliers, who for years had done business with Kemsa.

From the moment Chelule started making his presentation on how he landed the lucrative business, supplying the agency with Sh970 million worth of Covid-19 mitigation essentials, he planted doubts, even among the MPs, if he was the real owner of the business.

Despite not having a clear flow of how his company was picked for such huge supplies, Chelule, who admitted that this was his first business and engagement with Kemsa, appeared almost clueless about government procurement procedures, responding to questions in a manner that left the committee members in stitches.

“Are you really the owner of this company or are you acting on behalf of someone else? You do not pass for the face of the company,” posed Mbeere North MP Charles Njagagua, as other MPs demanded that he reveals the real directors behind the business if he was shielding them.

The company was registered on February 14, 2020, barely a month before the first Covid-19 case was reported in the country, but about a month later, had clinched a Letter of Award for supply of goods worth Sh900 million.

Underestimating the witness’ ability to finance such an undertaking, the MPs further wondered how he raised the funds for the tender.

But Chelule stood his ground, insisting that he was the sole owner of the company, denying claims that he was being used by some influential figures who had taken advantage of the pandemic to make billions from the State corporations.

“I need to say that this is not my first line of business. I am in the real estate industry, which has been my main line of work for many years. It is from this that I could finance the supplies,” said Chelule.

He was however at pains to explain how he got known to Kemsa for the agency to contact him for the supplies since his was one of the companies that were picked through direct procurement, yet he admittedly had never done business with the parastatal.

Under the direct procurement mode, the procuring entity is allowed to reach out to well-known companies that are in a line of business for which respective supplies are required.

Chelule said he had been dealing with the major suppliers of Kemsa as a middleman and it was from his connections that he got known within the agency’s procurement circles which is how his company was chosen to supply anti-Covid equipment.

Another aspect that got the committee curious was an undertaking from Chelule that he was ready to negotiate with Kemsa on the prices of the essentials delivered, which are still in the agency’s warehouses so that they can arrive at an amicable figure of what should be paid to him.

Previous article
Kinoti and Haji feud: Omtatah goes to court to defend police
Next article
‘I will bury father when my siblings respect me’