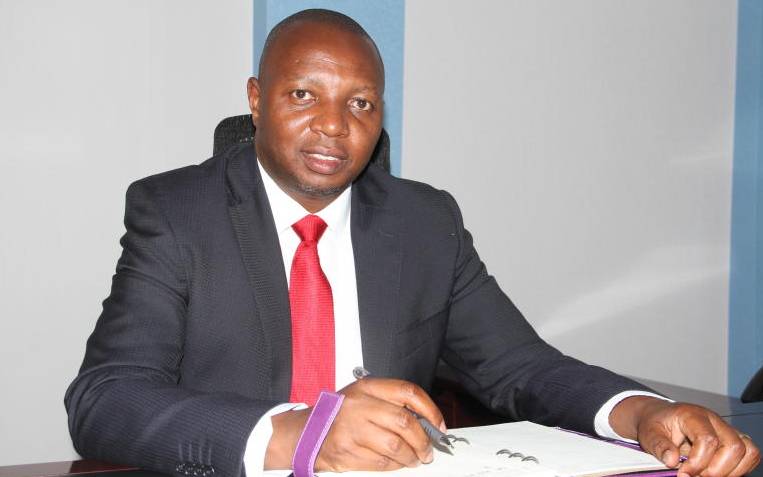 Former Kenya Ports Authority (KPA) managing director Daniel Manduku (pictured above) accused of impropriety in the award of a 244.8 million tender, yesterday presented himself to the Directorate of Criminal Investigations (DCI) in Nairobi.

Detectives detained the former KPA boss, who resigned on March 27, after driving himself to the DCI headquarters along Kiambu Road at 4.50 pm.

This came as a KPA official, Juma Fadhili Chigulu, was seized from his office at the port of Mombasa.

Police said Chigulu would be brought to Nairobi where he is expected to take plea over corruption-related charges.

There was anxiety at the port following reports there would more arrests.

Manduku is the second KPA boss, after James Mulewa, to be charged over alleged corruption at the agency. Mulewa was later acquitted for lack of evidence.

The charges Manduku is facing relate to the award of the tender to 10 contractors for the manufacture of concrete barriers without following procurement law. Manduku resigned before the KPA board could interrogate him.

Last November, he moved to court seeking to stop his arrest and Justice Erick Ogola granted him a bond.

On March 4, the DPP and CID disagreed over whether he should be charged.

He had been arrested along with a KRA official, Kevin Safari. They appeared before Nairobi Senior Principal Magistrate Kennedy Cheruiyot.

“I am satisfied there is sufficient evidence to support charges for various criminal offences against Manduku and Chigulu,” Haji said.

Haji accused Manduku of overpaying the contractors in a Sh244,837,908 deal for work not completed.

He also said the contractors were handpicked without following procurement procedures under the law.

“I, therefore, direct that the above suspects be apprehended and arraigned in court to face charges against them,” said Haji.

“Yes, we managed to get hold of Juma Fadhil Chigulu who is in the port police custody,” said Mutonya.

He said EACC investigators will transfer Chigulu to Nairobi where he will be charged alongside Manduku.

In his resignation letter, addressed to Transport Cabinet Secretary James Macharia, Manduku said he had decided to leave office after deep introspection.

How I escaped from Nairobi through Uganda to Norway

Raila narrates how he became a fugitive in his own country, running away from injustice for fighting for reforms.