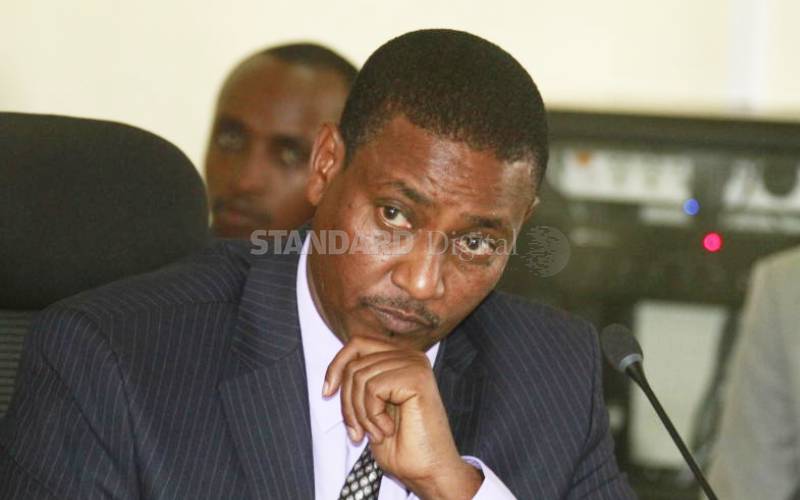 The incoming DG, who takes over form Geoffrey Wahungu, has more than 20 years of experience in public service and 16 years of work experience at Nema.

In February, the environmental watchdog singled out 102 companies in those counties, government agencies included, which discharge effluence into Lake Victoria.

Nema blamed 102 companies in 14 counties for polluting the lake. It said 14 of the institutions are in Kisumu, with nine of them being government agencies. Nema's revelation followed complaints of increased pollution of the lake. At the same time, it announced it had gazetted 580 environmental inspectors, two in every county, to detect and monitor cases that could lead to environmental pollution.

Boru at the time said some of the companies have not complied with orders to close down, arguing that the solution is not to close them, but instead offer them a chance to correct the mistakes. He added that some of them are critical and cannot be closed down.

Point sources include companies and institutions while non-point sources include car washes and sewer from slums among others. Boru gave an example of Kisumu, which has an 18 per cent coverage of sewer services. The city’s sewerage system was constructed in 1957 and is yet to be upgraded, leaving the waste not catered for susceptible to disposal in the lake.

“Ending pollution in the lake requires a concerted effort involving all stakeholders working together; one entity cannot achieve it alone because of the various factors involved,” he said.