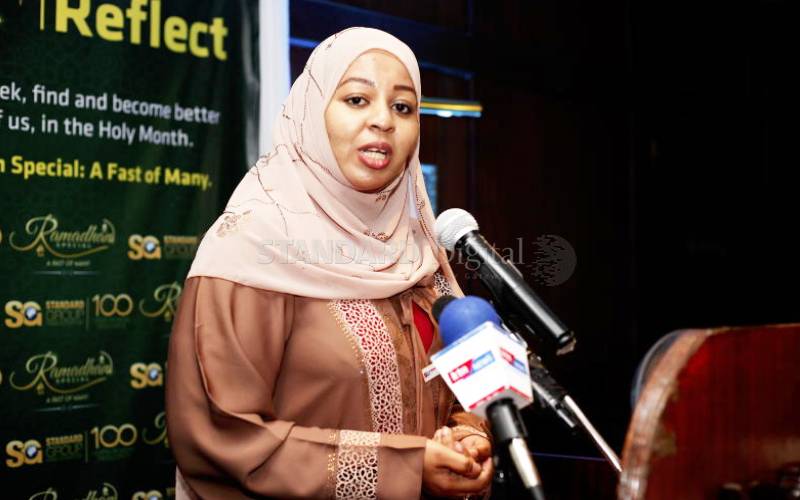 Standard Group's External Affairs/Editorial Liaison Manager Najma Ismail (pictured) has been appointed as board member of the Tourism Regulatory Authority.
Ismail was named to replace Pauline Njoroge, whose appointment was revoked following her stand on the relevance of the Nairobi National Park.
In a statement on Saturday, Tourism Cabinet Secretary Najib Balala said the integrity of the Nairobi National Park is very important and the government is committed to save it and any other protected area which is the habitat for our national heritage and wildlife.
Njoroge's woes hit home when a post she previously shared on social media came back to haunt her.
In the Facebook post, she said the only selling point for the park was that it was the only national park in a capital city in the world.
She was responding to calls to reroute the Standard Gauge Railway to save the park, which according to her was a lost cause as the park is "economically redundant".
"The only national park in a capital city in the world, beyond that glamourous title, what else doe it offer? The orphanage and the nature walk make economic sense, but the park?" Njoroge wrote.
In the statement, Balala said, "We are revoking Pauline Njoroge's appointment as a board member of Tourism Regulatory Authority with immediate effect, and replacing her with Najma Ismail."
Cancelling Njoroge's appointment, CS Balala said at the time, the ministry was unaware of Njoroge's stand on the value of the park.
The Tourism CS said the ministry officials had not seen what Njoroge had posted in the past. "We do not want to be associated with such people and such thinking."
Speaking on the sidelines of the official launch of domestic tourism campaign at the Masai Mara, Balala said the appointment painted the ministry in bad light.
He thanked the public for bringing to his attention Njoroge's remarks.

The Kenyan tourism sector has lost about Sh80 billion since the breakout of Covid-19 in December last year.

Who is Naomi Campbell and why did she get Kenyan job?