Sonko turns to Raila, CJ Maraga and the Senate in dispute with NMS 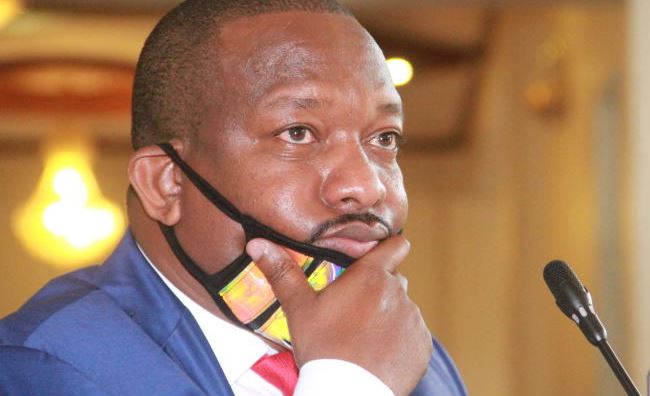 Nairobi Governor Mike Sonko has made an impassioned plea to the Chief Justice, Senate and former Prime Minister Raila Odinga to intervene in the dispute between City Hall and Nairobi Metropolitan Services (NMS).

Sonko (pictured) has yet again accused the NMS of going against the Deed of Transfer agreement and acting in cahoots with other State officers to demean the Nairobi County Government administration.

He now wants CJ David Maraga, ODM leader and the Senate to wade into the crisis in the county and help “protect devolution”.

“NMS led by General (Mohamed) Badi has conducted itself in a partisan political manner against the Deed of Transfer which was to complement and not compete with my administration.

“I thought they will focus on main areas where I needed help like addressing the decongestion, management and implementation of modern traffic and transport infrastructure system,” said Sonko in a statement.

“The greed, selfishness, diversionary tactics and smear campaigns being applied to Nairobi County is in a big way affecting service delivery to the great people of Nairobi,” added Sonko.

The governor also hit out at Interior Cabinet Secretary Fred Matiangi daring him to make public the names of 14 MCAs who were allegedly disarmed following chaos that rocked the county Assembly last week, leading to the hospitalization of Mlango Kubwa MCA Patricia Mutheu.

This comes after Sonko last month formally registered his intent to pull out from the Deed of Transfer agreement entered between the two levels of government.

All aboard: How rail system plans to fix mass transport