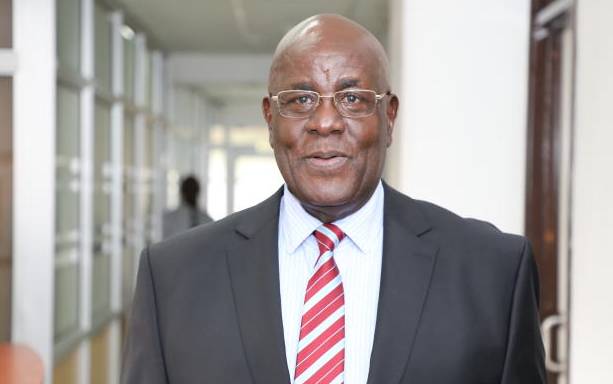 A woman has lost the custody of her 16-year-old son over claims of cruelty and physical assault in a protracted court battle that has been litigated in three different countries.

The case reveals a sad tale of a young teenager left alone at the mercy of child caretakers in the United Kingdom as a result of a vicious fight between his estranged parents who are living worlds apart; the mother living in the US while the father doing his business in Tanzania.

Justice Aggrey Muchelule (pictured above) yesterday settled the tussle by ruling that the woman, identified as MAK, is a fugitive on the run who should not be allowed access to her child after jumping bail and fleeing to the US when she was charged in the UK for assaulting her son.

“I find that the best interest of the child will be served if the mother is denied access because she was found by the Family Court in the UK to have physically and emotionally abused her son and declared as a parent not fit to participate in his upbringing,” ruled Muchelule.

MAK and her estranged husband, identified as RMAA, were married in 2002 and got their son in 2004. At the time of their marriage, she was working at the Central Bank of Kenya while the husband was a manager in a top hotel.

Their marriage hit the rocks in 2008 when she filed for divorce and the child’s custody. The court allowed her to have actual custody of their son with the father agreeing to provide Sh300,000 medical cover, pay school fees and a monthly Sh115,000 for maintenance.

In 2014, the mother moved with her son to the UK after securing a scholarship for further studies. She invited the father who at the time had moved to Dar-es-Salaam, Tanzania, and together they agreed to enrol the boy in a school in the UK.

In 2015, the woman went to Tanzania with the court order she had obtained in Kenya and filed it before a Tanzanian court to force the man to take parental responsibility of the child while at the UK school, but the Tanzanian court dismissed her case.

Meanwhile, in the UK, the child had reported to the police and the Children Services that his mother repeatedly assaulted him, which she admitted and was charged with cruelty to her son. She was granted bail but fled to the US and a warrant of arrest was issued against her.

The father then applied to have custody of the son and was granted by the UK court, which went ahead to declare her unfit to stay with her son and stopped her from having direct contact with him.

It is what led MAK to file the fresh suit before Justice Muchelule, arguing that the husband had abandoned the child in a boarding school in the UK and that she was denied access to see her son.

But Justice Muchelule ruled that it is the son who said he did not want to see her mother because of repeated assault and that the estranged husband has not violated her rights by refusing to allow her access to her son.

“The child expressly refused to have anything to do with her because of the physical and emotional assault he had suffered in her hands. She was charged in the UK with assaulting the child and causing him actual harm and is on a warrant of arrest after jumping bail,” he ruled.

Muchelule ruled that when she assaulted the child, she lost her right to actual custody as was provided in the parental responsibility agreement signed in the Children Court in Nairobi and should not turn back to accuse the father of denying her access.

He declared that the best interest of the child will be served by observing the decision of the UK Court which found she is not a fit parent to participate in the upbringing of the child.