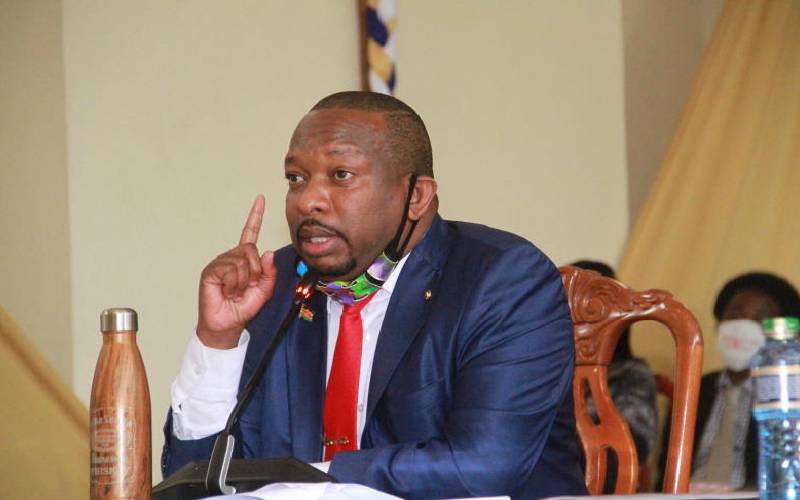 Nairobi Governor Mike Sonko has challenged the government’s move to take over the regulation and licensing of alcoholic drinks from City Hall.

Sonko (pictured) has sued the National Authority for Campaign Against Alcohol and Drug Abuse (Nacada) for seeking to take over the licensing, distribution and levying of fees for alcohol importers and exporters within the city, terming it illegal and unconstitutional.

Through lawyer George Kithi, Sonko argues that it is only the devolved unit which has powers to license importers and exporters of alcoholic drinks through the County’s Alcoholic Drinks Control and Licensing Board.

“The law explicitly gives the county the powers to license distribution of alcoholic drinks. What the government is trying to do through Nacada is to abrogate itself the licensing function through illegal means,” said Kithi.

The county government is contesting a notice issued by Nacada on July 7 to importers and exporters of alcoholic drinks to start paying licensing fees to the authority.

According to the notice, the importation and exportation of alcoholic drinks is a function of international trade regulated by the national government, which should not be left at the hands of the county government.

But Kithi argues that the Alcoholic Drinks Act (2010) gives every county power to institute a committee to regulate and issue licences for distribution and sale of alcohol and that Nacada acted beyond its mandate to weaken the county government and deprive it of its source of revenue.

He asked the court to suspend the gazette notice issued by the State agency and a declaration that it is only the county government which has mandate to levy fees and issue licences to importers and exporters of alcoholic drinks within the city.

President Uhuru: Kenya will not hide its Covid-19 numbers

By Ndungu Gachane | 7 minutes ago