LSK not against any of 24 Senior Counsel nominees but the process, Havi says 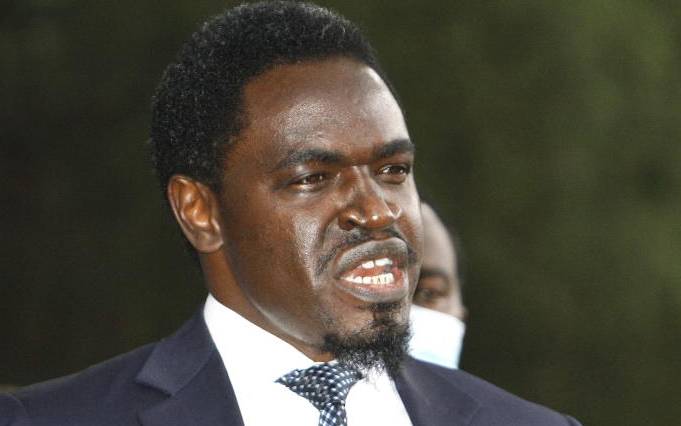 The President of the Law Society of Kenya (LSK) Nelson Havi (pictured above) has said that the society does not question the suitability of 24 advocates who were conferred with Senior Counsel rank but only challenges the process of nomination.

Mr Havi told KTN News during an interview that some of the advocates conferred with honours by President Uhuru Kenyatta on Monday are astute lawyers with a commendable track record and worthy of such stature.

He said that society holds nothing personal against them but the law has to be followed in the process.

According to Havi, the selection by Committee on Senior Counsel chaired by Supreme Court Judge Justice Mohamed Ibrahim in 2019 failed to meet the legal threshold. For example, he said there was no LSK representative, AG or any senior lawyer in the committee as required by the law.

“We do not have problem with our colleagues who have been conferred with the Senior Counsel rank…the problem is the process,” he told KTN News in an interview.

The LSK boss faulted the President for the move which he had earlier termed as an act of impunity. He said the move was a well-calculated trick to sow seeds of division in the society and cause disintegration.

“The President is determined to divide the society…these 24 colleagues of ours must realise that the SC is given by the society,” he said.

Havi claimed that the President was being misled by his legal advisors who are hell-bent on breaching the Constitution at every move.

“It is high time we call a spade a spade and he should fire his legal advisors.”

He alleged that there was a conspiracy to infiltrate and weaken the LSK and render it functionless just like the opposition and other trade union organisations.

He told the nominees that they have two choices to make. To abide by the court verdict on the dispute or to be initiated by the Attorney-General at the behest of being disowned by the society, which determines the status and privileges of Senior Counsel rank.

On its defence, the President attributed his move to the Advocates Act, a legal provision he said allows him to confer the rank of Senior Counsel to High Court Advocates.

“The president Prerogative to confer the rank and dignity of Senior Counsel is set out under the Advocates Act. The rank of the Senior Counsel is conferred in accordance with the recommendations of the Committee on senior Counsel, to Advocates of the High Court of Kenya who have distinguished themselves by rendering exemplary service in the legal and public services arenas,” State House Spokesperson Kanze-Dena said in a statement.

Why you should pray together as a couple

You two know best the challenges, potential and vision of your relationship/marriage

By Betty Njeru | 33 minutes ago