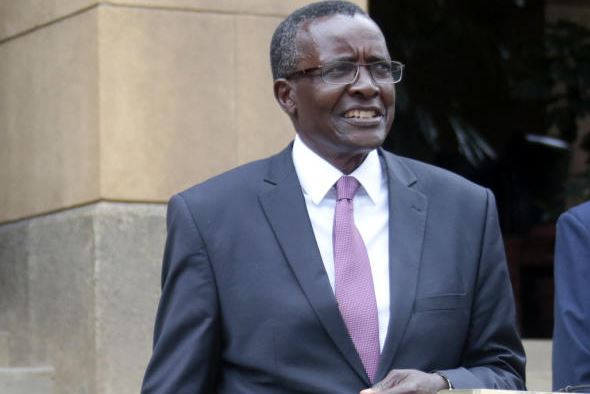 Law Society of Kenya has taken up a herculean task as it seeks to send members of parliament home in a mission where others have failed to execute twice.

The move puts the spotlight on Chief Justice David Maraga (above) on whether he will stir the hornets’ nest to enforce the law. The lawyers' lobby wants Maraga to advice President Uhuru Kenyatta to dissolve Parliament, citing its failure to enact two gender legislations.

It is the third time a petition has been submitted to the CJ over the same issue. In the first one, on April 10, 2019, Margaret Toili petitioned Justice Maraga, requesting for dissolution of Parliament, but he dismissed it citing a Bill, which was in the House.

“The Honourable Chief Justice failed to advise the president to dissolve parliament as required by Article 261 (7) of the Constitution. The Chief Justice cited the pendency of the representation of special interest groups law (Amendment) Bill, 2019 as a ground not to act as petitioned,” the petition filed on July 17 read in part.

The Nelson Havi-led body says the Bill cited by Justice Maraga does not address the two-thirds gender issue.

"The dissolution of parliament commences from a letter to the president, so this is the first attempt. The reason why we think we will succeed is that there is clamour for constitutional change. However, constitution scholars are of the view that our Constitution is good, but there is no implementation. There should be no more talk on constitutional reforms other than implement what we have. Why fix that which is not used," posed Havi.

Toili’s case was followed by a petition by Stephen Owoko and John Wangai, whose bid failed to succeed.

"It is evident parliament has consistently failed to fulfill its constitutional obligation of enacting the two-thirds gender rule according to Article 27(6) despite several court decisions compelling it to do so.

“The duty to ensure that it legislates the outstanding laws remains in force and failure to do so continues to expand the fault lines for violations of the Constitution,” read the petition.

Parliament has failed to enact the law three times, which would ensure gender balance despite a risk of being dissolved.

The judge directed that in the event MPs fail to pass the gender law, any person in the country has the liberty to petition the CJ to advise the president to dissolve the House.

“If parliament fails to enact the said legislation within the said period of 60 days from the date of this order, the petitioners or any other person shall be at liberty to petition the Chief Justice to advise the president to dissolve parliament,” Justice Mativo said.

The petition was filed by two private citizens.

The reality of whether they will go home or stay will dawn once the CJ formally processes the petition to ascertain whether it will proceed or does not meet the threshold for removal of a law maker.

“Therefore your humble petitioners pray the honourable Chief Justice to advise the president to dissolve parliament until it is in conformity with the Constitution and is well constituted,” the petition filed yesterday read in part.

But members of the 11th Parliament gave themselves a grace period of one year, meaning that they ought to have passed the law before the House was dissolved ahead of the August 8, 2018 General Election.

Centre for Rights Education and Awareness (Creaw) asked the court to prefer a harsh punishment and declare the next parliament unconstitutional.

TVETs in dire need of help from State to save jobs

Proprietors of the institutions offering certificate and diploma courses say they are not able to pay rent, salaries or other utility bills.