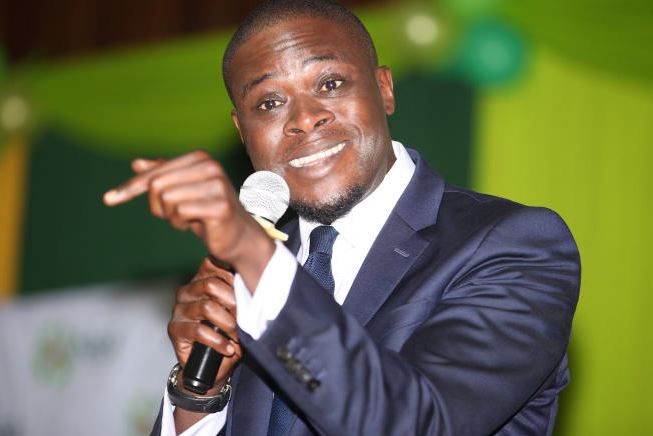 Nairobi Senator Johnson Sakaja (pictured) gave police the slip on Saturday night by holing up at the home of a senior civil servant in Karen to evade arrest.

The senator was being sought to record a statement for incitement and breaking curfew after his arrest at Ladies'Louge a, pub in Nairobi's Kilimani neighbourhood on Friday night.

This after he was granted police bond on Saturday morning and asked to return later in the day for processing ahead of arraignment.

When Sakaja failed to show up at the Kilimani Police Station, police said they tried to call him, but his phone was switched off. Detectives visited his house along Dennis Pritt Road where they found his car parked and his mobile phone in the house.

It appeared that he had been hiding.

Police camped at the senator’s house until late in the evening as they pursued other means of tracking Sakaja.

Sources said when the top government official realised police were closing in on his home, he ordered them to stand down until today or tomorrow.

The officers, however, insisted that the senator should go to the station and complete the process of his release.

Nairobi police boss Philip Ndolo said Sakaja was supposed to record a statement regarding the incident at Ladies’ Lounge in Kilimani.

“He agreed to come back and complete this process, but now he cannot be reached. We still want him here,” Ndolo said.

Another officer said Sakaja was likely to be charged.

Lawyer Cliff Ombeta said he was representing two employees of Ladies’ Lounge who were being held by police.

“Two women who work only during the day at the lounge are still in custody at Kilimani. They cannot be released because Sakaja cannot be found.

“The senator has gone missing. He is required to report back at the station to be processed for court. Other innocent persons have been arrested as collateral so that he appears,” said Mr Ombeta.

Our efforts to get a comment from Sakaja on his arrest proved futile. We also wanted him to confirm whether he was the individual seen in a video that circulated widely on social media asking for his mobile phone in a police cell.

The senator was arrested at a bar after a confrontation with police who had been called following complaints that there were revellers inside the premises after curfew hours.

Sakaja was also accused of inciting some of those present to defy police orders to leave the bar. He also allegedly threatened to have all police officers at Kilimani transferred within 24 hours.

He later denied being in custody. “Never been arrested. Won’t be. Show me an OB Number,” he tweeted.

Sakaja, ironically, chairs a Senate ad hoc committee on Covid-19 that collected views on the Pandemic Response and Management Bill, 2020.

The committee was mandated to oversee measures taken by the national and county governments in addressing the spread and effects of the Covid-19 pandemic in the country.

This after a countrywide curfew was extended, but the hours changed to 9pm-4am in efforts to contain the spread of the pandemic. Bars were also restricted from operating.

Police said they got a tip-off that a bar was still operating at around 1.10am. Officers who responded to the call found Sakaja and 10 other people outside, drinking.

The senator was advised to leave but he declined, prompting the police team leader to call her bosses who also failed to convince the lawmaker to depart, police and witnesses said.

Kilimani deputy commander Adan Hassan was dispatched to the bar where six people present left, leaving Sakaja and three others. The three, however, refused to give their names for processing, police said.

Schools exposed as guards stay away

By Erastus M Mulwa | 1 hour ago

By Gardy Chacha | 16 hours ago