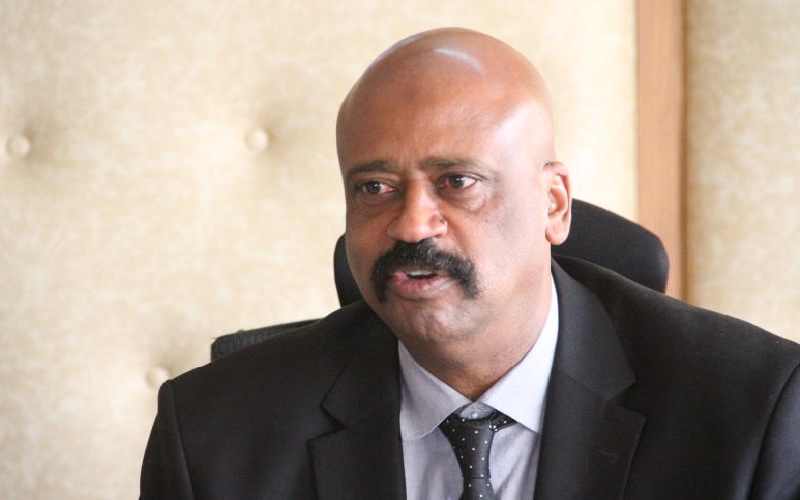 Nairobi Metropolitan Services (NMS) Director General Mohamed Badi (pictured) has appointed 11 officials to the Nairobi City Water and Sewerage Company (NCWSC) board of directors for three years. This was announced through a Kenya Gazette notice dated June 19, 2020, which stated the appointments took effect as from June 17, 2020. “Pursuant to the deed of transfer agreement signed by the national government and the Nairobi County Government, the following persons have been appointed to serve as directors of the Nairobi City Water and Sewerage Company Limited for three years,” read the notice

Major General (Rtd) Andrew Ikenye was appointed as the chairperson of the board while a spot was reserved for Principle Secretary responsible for Water Joseph Irungu or his designate.   Designate other people Housing PS Charles Hinga was also picked as a director to the city water firm as well as his Finance counterpart Julius Muia. They can both, however, choose to designate other people to hold the positions. NMS Deputy Director General Enosh Momanyi or his designate and Athi Water Works Development Agency CEO Michael Thuita or his designate were also appointed to the city water firm board as directors. Other appointees include chairperson of the Kenya Association of Hotel Keepers and Caterers (Nairobi Branch) Florence Njau and chairman of the Kenya Private Sector Alliance Nicholas Nesbitt. Wakaguyu wa Kibiru and Petronilla Asiyo Ogut will be independent members.

The water firm's CEO was appointed as an ex-officio director and member of the board. The position is currently held by Nairobi County Water and Environment executive Larry Wambua in acting capacity. At the same time, firm's former chairperson Beryl Okumu has been appointed to chair the governing council of Kenya Water Institute by Water, Sanitation and Irrigation Cabine Secretary Sicily Kariuki. In a Gazette notice dated June 19, 2020, CS Kariuki said Ms Okumu will hold the position for three years, with effect from June 17. She takes over from Ms Wavinya Ndeti, who is the Chief Administrative Secretary in the Ministry of Transport. In the same Gazette notice, Treasury CS Ukur Yatani announced the reappointment of Charles Makori Omanga as a member of the Kenya Revenue Authority board for three years with effect from June 18, 2020.