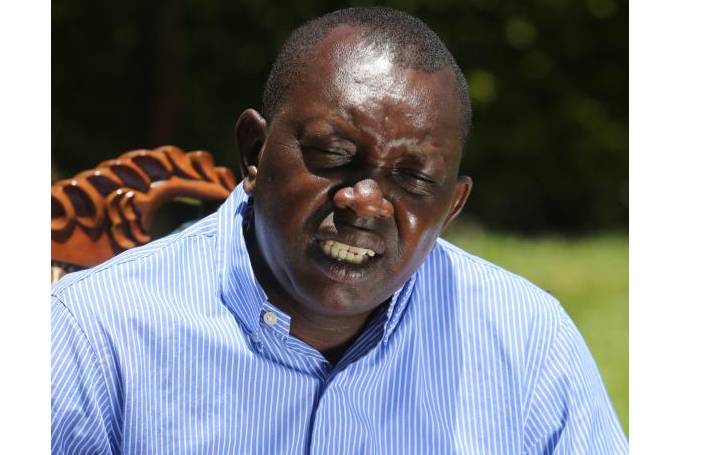 The National Cohesion and Integration Commission (NCIC) on Monday summoned Kapseret Member of Parliament Oscar Sudi (above) over utterances he made in Uasin Gishu recently.

The NCIC said on its Twitter page that the legislator was ordered to report and explain his claims that certain politicians were planning to use outlawed Mungiki sect to attack some areas in Rift Valley.

“NCIC has summoned Kapseret MP, Hon. Oscar Sudi to appear before the Commission today June 15, 2020, at 10 am for further interrogation over the utterances he made in Uasin Gishu County,” NCIC noted.

Sudi had alleged in Eldoret, Uasin Gishu, that some rival politicians were planning use the outlawed militia to instil fear in Rift Valley to create an impression that the Kalenjin and Kikuyu communities were at war.

“…we are aware that the same people who poisoned Kenyans in Kikuyu Constituency have hatched a sinister motive to use Mungiki and instil fear in Rift Valley so that they can create an impression that Kikuyus and Kalenjins are at war. We shall not allow that,” he said.

“Every Kenya lives in Rift Valley and we shall not allow the ugly scenes of 2007 to repeat. We don’t want to see Kenyans carrying their beds leaving just because there is an election approaching,” he said.

His summon follows a recent one in which the commission put to task Narok Senator Ledama Olekina to explain his remarks during a Building Bridges rally. He had blamed non-natives for engaging in activities interfering with the livelihood of the native Maasai community.

Olekina had maintained his innocence saying that he was speaking on behalf of his constituents and tackling issues often swept under the carpet. The outspoken Narok legislator would then end up in court over the same issue but his case failed to take off over faultiness of the charge sheet.