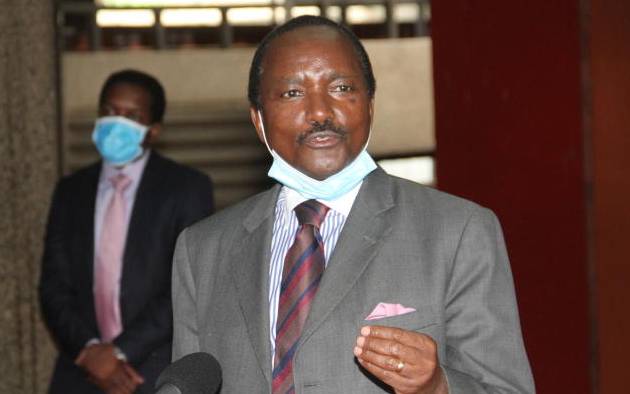 Former Vice President Kalonzo Musyoka (above) and former Justice Minister Martha Karua are among 24 lawyers whose nomination to the rank of senior counsel has been revoked.

In a decision likely to lead to a fallout among its members, the Law Society of Kenya (LSK) said it was taking the drastic action to correct the mistake made by the committee on appointment of senior counsel which allegedly overlooked some deserving candidates.

Through a letter to the more than 10,000 LSK members, the society’s president Nelson Havi said his team decided to revoke conferment of senior counsel ranks following complaints of impartiality and favouritism in the manner the 24 were selected.

“The LSK Council deliberated on the controversial nominations and resolved to set aside the decision made in August, last year, for conferment of 24 advocates to the rank of senior counsel. Their applications will be considered afresh with those who have applied this year,” said Havi.

Controversy emerged last year after the Committee on Appointment of Senior Counsel recommended the 24 names, which some lawyers challenged in court claiming the selection process was skewed to reward some advocates who did not deserve the honour.

Havi said the LSK Council will seek the legal opinion of three senior lawyers to advise on the changes that should be made to ensure fairness and integrity in the process.

Kalonzo and Karua were among the 24 selected from a list of 90 lawyers who had applied to be admitted to the exclusive club reserved for lawyers who have set precedence in their area of practice.

The nine-member selection committee had said they considered several factors before deciding on the final list of 24, including their depth of expertise and eminence they have reached in the law profession.

But their decision caused division among lawyers for overlooking and leaving out veteran lawyer Dr John Khaminwa.

Previous article
Why Mombasa has highest death rate from coronavirus
Next article
Pregnancy made me hate my husband's voice, cooking