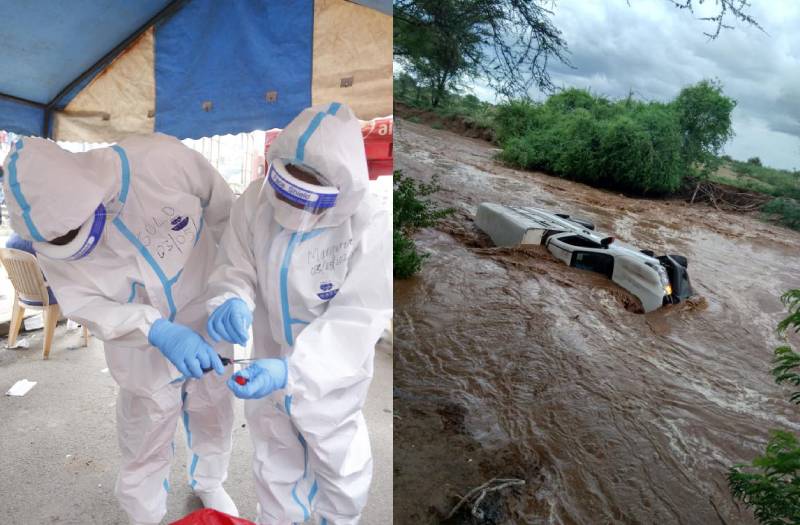 Yes, more Kenyans have died from floods in Kenya than from Covid-19.

This year alone, 116 Kenyans have died from the raging floods and over 100,000 displaced, this was according to the Devolution CS Eugene Wamalwa addressing the media over the latest floods updates in Kenya.

In 2019, floods caused by heavy rainfall wreaked havoc all across the country and claimed the lives of over 120 people, this number included 72 lives that were lost from landslides in West Pokot County in November 2019.

According to the Kenya Red Cross Society, the rains that began in October 2019 had left nearly 18,000 people displaced countrywide, with a total of 10,000 from West Pokot County alone. According to Kenyan government, 16,000 houses had been destroyed across the country.

Further back to 2018, Over 200 people lost their lives to floods and over 300,000 had been displaced by floods across the country, this was a report by the Kenya Red Cross Society. This number includes 38 people who died in Solai, Subukia Sub- County, and Nakuru County after Patel Dam broke its banks in May 2018.

That year, Kenya was hit by one of the worst floods to be recorded in the country. Over 22 counties were affected, with Kisumu, Samburu, Turkana and Tana River among the worst hit.

With the continuing heavy rainfall and thousands displaced, Kenyans remain a worried lot due to fear of being exposed to Covid-19  as these rescue centres are in breach of the government directives restricting crowds  and maintaining a 1.5 meter social distancing.

Currently the number of confirmed Covid-19 cases remain at 490, with 173 recovered cases.

New crisis realities we must face

This is no mean feat coming at a time when investors, particularly foreigners, are selling off their assets and repatriating the proceeds