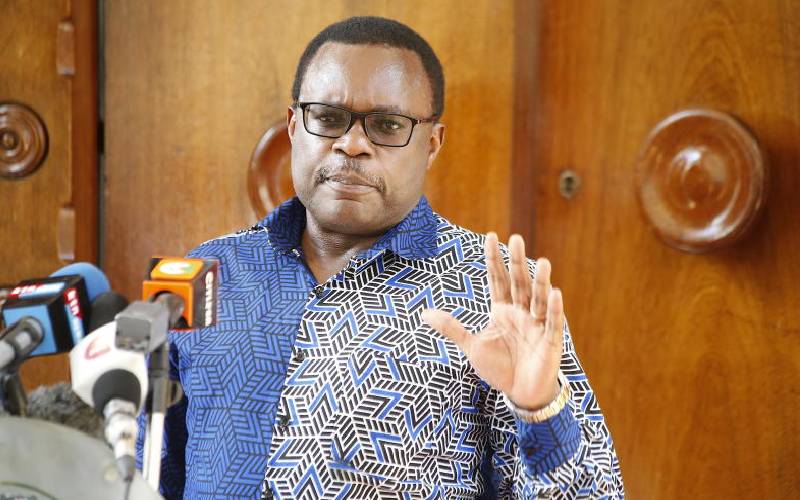 The Senate County Public Accounts and Investment Committee (CPAIC) nine-member team elected Kina alongside Kimani Wamatangi (Kiambu) as vice chair to serve for the remainder of the 12th parliament's term.

The committee oversights the expenditure of billions of shillings given to counties under the Division of Revenue and other conditional grants.

The committee oversights the 47 counties' expenditure, a role equivalent to Public Accounts Committee (PAC) and the Public Investment Committee (PIC) of the National Assembly tasked with scrutinising national government expenditure.

The House has been operating without the committee since the expiry of the term of the previous members in December, last year.

But Ledama’s tenure could be short-lived due to party wars.

Already Senate Minority Leader James Orengo (Siaya) has written to Speaker Kenneth Lusaka (pictured) saying ODM intends to withdraw its membership from the committee until appropriate resolution is made.

Although the Senate Standing Orders do not specify who should chair the oversight committee, it is traditionally chaired by a member from the minority side National Super Alliance coalition.

Ledama will now be tasked with grilling county chiefs on the expenditure of the 2018-19 financial year as well as governors who failed to appear during the tenure of Senator Moses Kajwang.

Asked what to expect under his leadership, Ledama said governors should expect tough questions and be ready to offer consistency in fiduciary responsibilities.

He called on President Uhuru Kenyatta to move with speed and appoint the Auditor General, saying the absence of the office holder will jeopardise the committee’s oversight role.

His colleague escaped unhurt during the Sunday night incident.