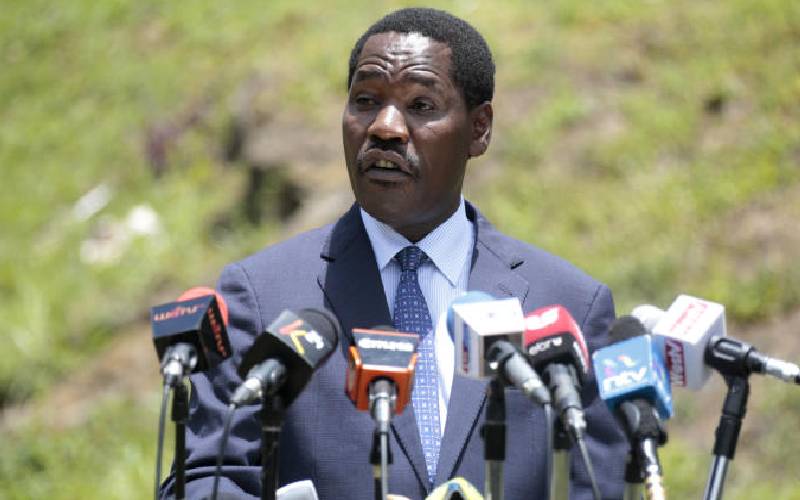 Agriculture Cabinet Secretary Peter Munya (pictured) was yesterday put to task to explain why Sh1.5 billion provided by the World Bank to help revival of coffee production in Kenya has only benefited counties in the Mt Kenya region.

The only county outside Mt Kenya that benefited from the cash is Machakos.

The Senate Agriculture Committee, chaired by Embu's Njeru Ndwiga, demanded to know why other coffee producing regions were left out.

Bungoma Senator Moses Wetang'ula accused the minister of marginalising other counties in the plan.

"It is not true that most of our coffee is grown in central region. It is important to note that even the coffee produced in the Western and Rift Valley is milled in Thika which is in Kiambu. The criteria of allocating the funds must be reviewed,” he said.

Moses Kajwang’ (Homa Bay) said money should go to farmers directly without going through government bureaucracy. “It looks a bit offensive if 10 per cent of the Sh1.5 billion, or Sh163 million, goes into bureaucracy,” said Kajwang’.

Nandi's Samson Cherargei said Munya failed to explain how the money was distributed among eight counties, leaving out the rest of the country.

“Farmers in Kiambu, for example, have uprooted coffee and are now using their land for real estate. He must tell us why he decided to allocate money in such a skewed manner,” said Cherargei.

Nominated Senator Naomi Siyonga accused Munya of bias noting there are other regions that grow more coffee than central Kenya.

“The CS is biased. Coffee is grown across the county. We have other parts of the country where coffee is doing better other than central region. Let us have a framework that can have equity and fairness,” said Siyonga.

Munya said the World Bank has committed to provide additional funding in September which will benefit the coffee growing counties left out of the first allocation.

He said the World Bank donation should be complemented by county governments.

“We do not have any hidden agenda. Phase II of this project comes in September but we can also reduce the time for the second phase depending on availability of funds from counties,” said Munya.

Otieno was the sole bread winner for his family of five.

By Kamore Maina | 19 hours ago