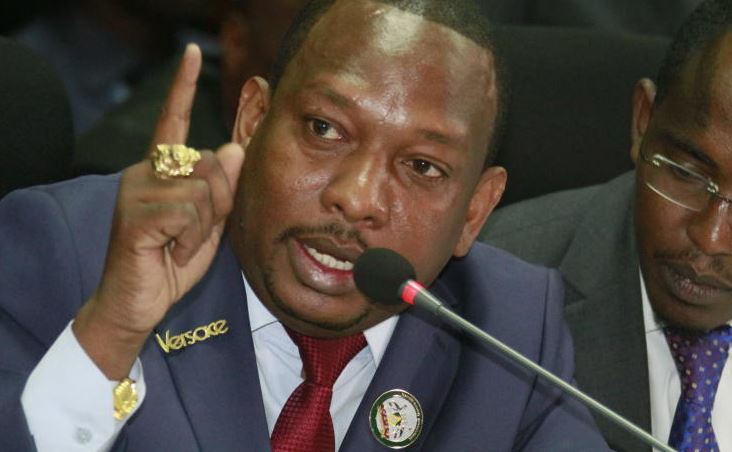 The renewed scheme in the County Assembly to oust Sonko (pictured) adds a twist to wrangles with the National Government and the Nairobi Metropolitan Service (NMS) over implementation of the deed of transfer that saw City Hall cede four functions to the newly created Mohammed Badi-led office.

On Thursday, the governor joined a court case seeking to terminate the deed of transfer, accusing the Public Service Commission, the Kenya Revenue Authority and NMS of overstepping their mandate and committing illegalities in the implementation of the deal that became effective in March.

The Nairobi ward representatives drawn from across the political divide have, however, warned Sonko to cooperate and stop frustrating the deed of transfer of functions or they revive the impeachment Motion once the Assembly resumes in June.

“We are calling on the president and telling him that if Governor Sonko continues with his push and pull, he should set us free to do our work in the Assembly,” said Nairobi West MCA Maurice Gari.

The governor has been facing impeachment threat since 2019 until President Uhuru Kenyatta prevailed upon the MCAs in February to shelve the ouster bid to allow for the smooth takeover of the ceded county functions of health, planning, transport and public works.

Former interim Majority Leader Charles Thuo warned that the governor would be swept away by a “tsunami” should he continue frustrating the takeover of the county functions.

“The decision by Sonko to fight the takeover process has angered many. He should accept that he handed over the functions to NMS and consequently allocate money to the running of those functions as stipulated in the deed. If he does not abide by this, then we want to assure him that this impeachment bid will be worse than the first time,” said Mr Thuo.

Baba Dogo MCA Geoffrey Majiwa blamed Sonko’s ineptitude for the current state of affairs, saying he had negated his duties as the city boss.

“The current state of affairs is because of Sonko’s failure as a governor. He should come out and tell us what else he signed without knowing, because at this rate he might have even transferred City Hall’s title deed without our knowledge,” said Mr Majiwa.

On Wednesday, the governor declined to provide critical financial documents to the National Treasury for the implementation of the deed of transfer, saying he has already commenced termination of the takeover of county functions.

And a section of MCAs have expressed fear for their lives, claiming that they are being targeted for supporting NMS.

Former interim Majority Whip June Ndegwa yesterday claimed that she and others were being tracked and had received threats from unknown individuals. “We are being threatened and tracked even to our houses. There is even a time someone came to my house forcing me to move houses. This is just because we are supporting the NMS and the president,” said Ndegwa.

The MCAs plan to report the threats to the Directorate of Criminal Investigations.

There's been a shift in Major League Soccer in the relatively short time since Thierry Henry was a player.