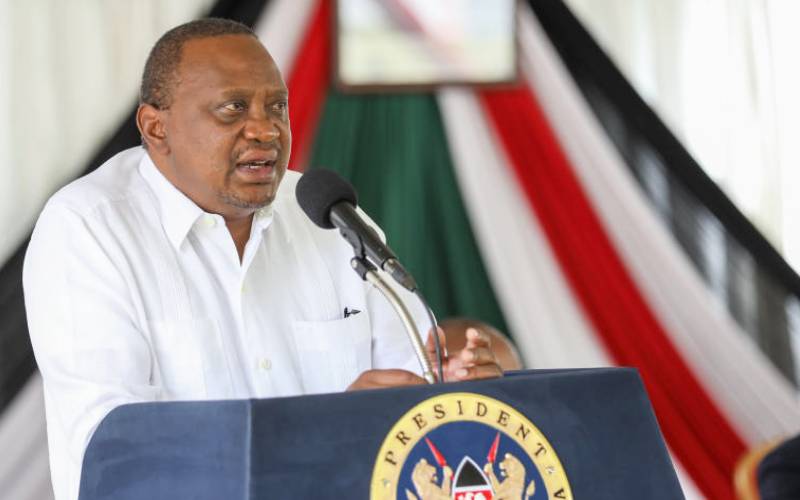 Top country leaders have congregated at State House for national prayers over the coronavirus.

Clerics called for unity amid the fight against covid-19 spread, saying the respiratory disease knows no race or class.

They urged leaders to put aside political differences and join efforts in fighting the pandemic.

Holding national prayers at a time when authorities are advising against public gatherings and proposing social distancing, the attendants observed precautionary measures like sitting 1m apart.

Health CS Mutahi Kagwe has told Kenyans to prepare for any eventuality, saying trends in countries that are adversely affected by the coronavirus show that there is always a big spike in the two weeks following the first reported case.

”Evidence from other countries indicate that the number of infected person increases dramatically in the second week following confirmation of the first case.

By Friday, four more people suspected to be having the virus were admitted at Mbagathi Hospital’s isolation unit, and one of them tested negative, while the remaining three are still waiting for their results.

The Health Ministry is also following a case in Kilifi County where a suspected patient has been put on quarantine.

The first case of coronavirus was reported a week ago, and the government has been taking measures to curb further spread.

“Consequently, the next two weeks are extremely critical for this country,” he said during a media briefing on the update of how the country is dealing with coronavirus.

So far, fumigation of the city’s Central Business District entered its second day in the ongoing fight against coronavirus (Covid-19).

The exercise is being done by the Nairobi County Government in collaboration with the Ministry of Health.

Some 215 health workers have been deployed across the county for the exercise and 200 more who were on leave recalled to boost the existing manpower.

Nairobi County Health Deputy Director Wilson Langat said the exercise would continue until the spread of the disease is contained in the country.