Moi was a true environmentalist 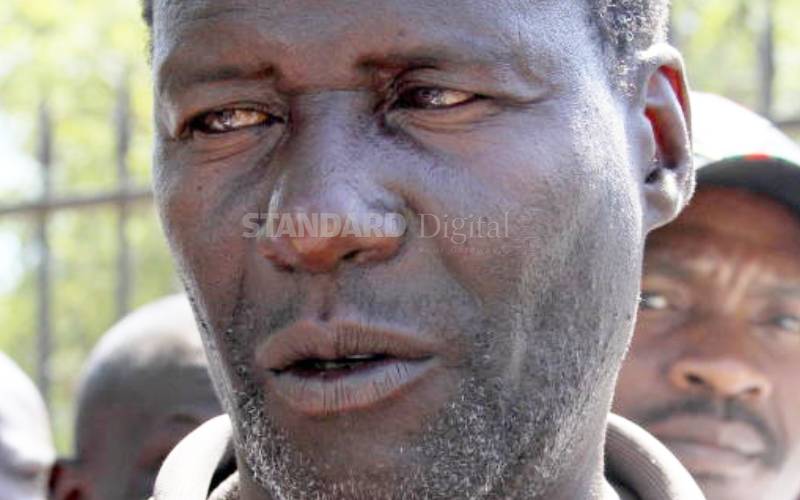 When Mbogo Muhuri, 55, arrived at Parliament Buildings at 6am Sunday morning to view the body of the former President of Kenya, Daniel Moi, little did he know the queues will keep him longer. Muhuri, a father of three, travelled from Ngong in Kibiko Forest to the city to join thousands of Kenyans who had come to pay their last respects to the fallen father of the nation who had ruled for 24 years. Moi died on Tuesday at Nairobi Hospital aged 95.

The government had declared a three-day public viewing of the body of the former president whose remains lie at Parliament Buildings. But Muhuri (pictured) rekindles his last memories 20 years ago, when he said Moi visited Kibiko in Ngong and launched a tree-planting programme. “This is a historic moment for me to view the body of the former President. I remember him as a kind-hearted person. He came to Ngong with his entourage and showed the villagers how to conserve the environment,” Muhuri recalled. He said the former president was a man of the people and an environmentalist. “I am here to be part of history. I hope someone takes a photo of me when I get a chance to view Mzee's body so that when I get back home I can show my children."

Muhuri said he will persevere the heat and struggle no matter how long it will take him on the queue to view Moi's body. He said since Moi initiated tree planting in the area, forest cover has expanded as many people were encouraged to plant trees as part of the environmental conservation. It’s estimated the number of people who came to view the body had grown from more than 20,000 on Saturday to 100,000 on Sunday as others travelled from upcountry. Gilbert Miriti who travelled from Meru and arrived in Nairobi last evening said he had come to pay tribute to Moi because of his unique leadership. "If it was not for Moi my children and others in the village could have never stepped in school. I praised him when he introduced milk to schools to keep children in school," he added.