Court orders Babu Owino to be treated at prison hospital 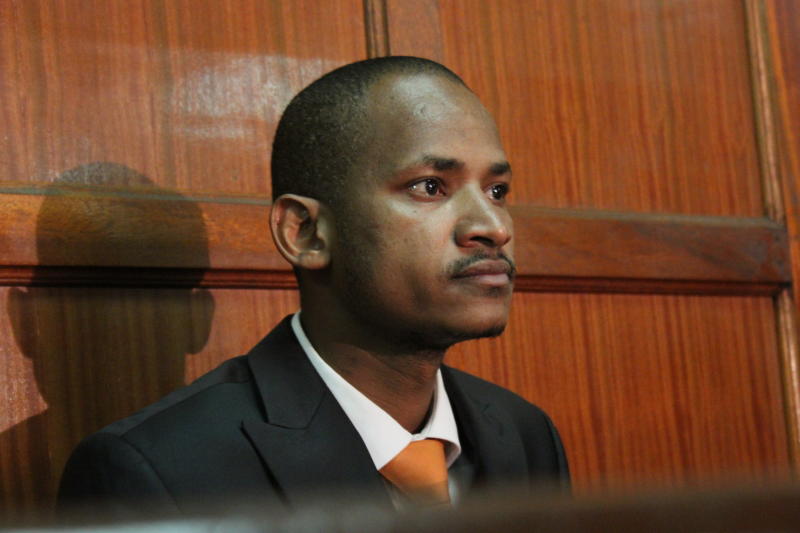 Embakasi East Member of Parliament Babu Owino (pictured) is unwell and needs treatment, the court heard on Thursday. Appearing before Magistrate Kennedy Cheruiyot, Owino’s lawyers told the court that he could not appear before it because he was unwell. He failed to appear in court for a hearing of incitement to violence case before Magistrate Cheruiyot.

Cheruiyot set February 3, 2020, for a mention of the case and ordered Owino to be treated at the Industrial Area Remand Prison hospital. "The accused should receive treatment at Industrial Area Remand Prison Hospital pending the mention of the case," added Cheruiyot The prosecution confirmed to court that it could not produce the MPin court since he is unwell. The court was informed that Owino was suffering from chest pains and could not appear in court, they asked the magistrate to allow him to be treated. Babu Owino was charged with two counts of subversion and uttering abusive words against President Uhuru Kenyatta in 2017.

The charge sheet stated that on September 24, at a rally in Kawangware, he uttered words calculated to excite disaffection against the presidency. He also faces an alternative charge of incitement to violence and uttering words calculated to lead to disobedience of lawful authority, the MP is out on cash bail in this respective case. Recently, Owino was charged with the attempted murder of Felix Odhiambo commonly known as DJ Evolve at B-club on Friday last week. Before chief magistrate Francis Andayi, Babu had denied all the charges preferred against him. He is represented by lawyers Dunstan Omari, Cliff Ombeta and five others. The prosecution has opposed his release on bail or bond as he is likely to interfere with witnesses.