Waiguru now says she will not sue King Kaka 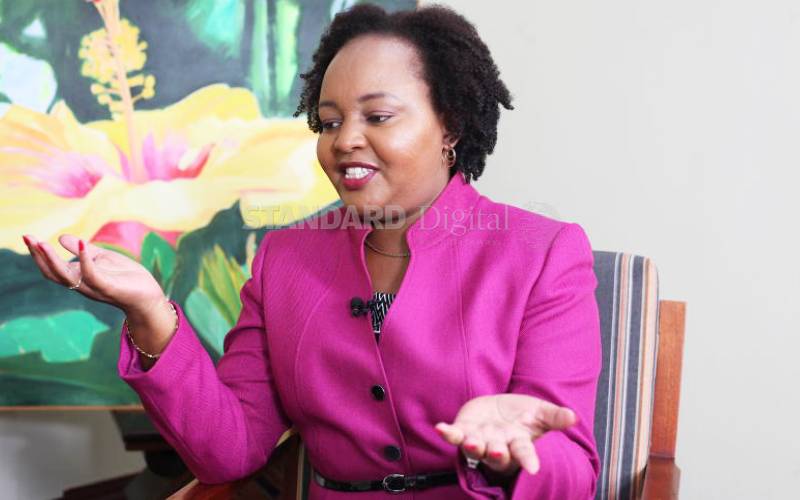 The singer released the hard-hitting song, calling the Kenyan voters fools for electing leaders who allegedly do not have the electorate's best interest at heart.

Posting her latest decision on Twitter, Waiguru said "Having watched the antics of #kingkaka in the last couple of days with reports of fake assassination attempts and DCI summons, I recognise that he’s a confused attention seeking young man. I have therefore made the decision not to proceed with the Kingkaka suit."

Further, Waiguru added that it is unfortunate when talented youth are taken advantage of by politicians and used to settle political scores.

"As I have chosen in previous occasions of this nature, I will contend with their masters."

Waiguru had ordered the artiste to pull down the song from all social media platforms and apologise to her in writing or face legal suit.

Through Kiragu Wathuta & Company Advocates, Waiguru gave the rapper 48 hours to issue an unconditional admission of liability in writing, apologise in writing and delete the song failure to which she will move to court to sue for defamation.

She also demanded retraction of the song and an unconditional commitment not to release any further defamatory song against her.

Apart from a legal suit and damages, she also threatens to seek orders for the immediate closure of King Kaka’s twitter account 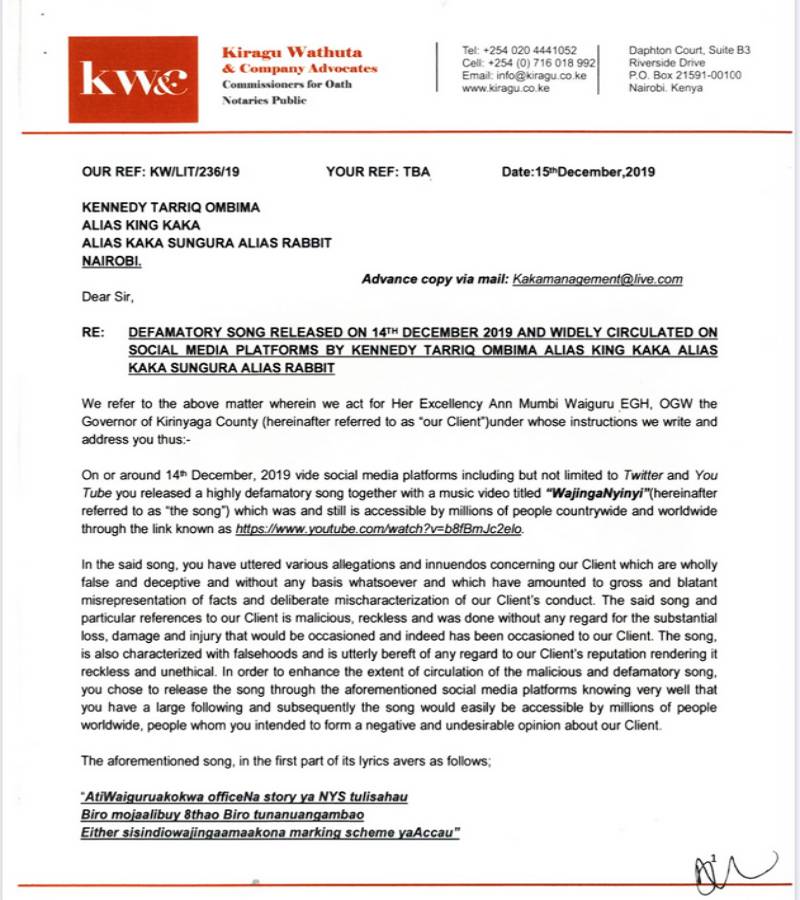 The song was released on December 14. Todate it has more than 2.1 million views on YouTube.

As it made rounds on social media, mixed reactions were recorded, with some saying Kennedy 'King Kaka' Ombima did not need to drag people's names in the mud to pass his message.

He was also criticised for using the words Wajinga Nyinyi, the swahili words for you fools, castigating the voters.

Social media users said voters should not be vilified when leaders do not get the job done. 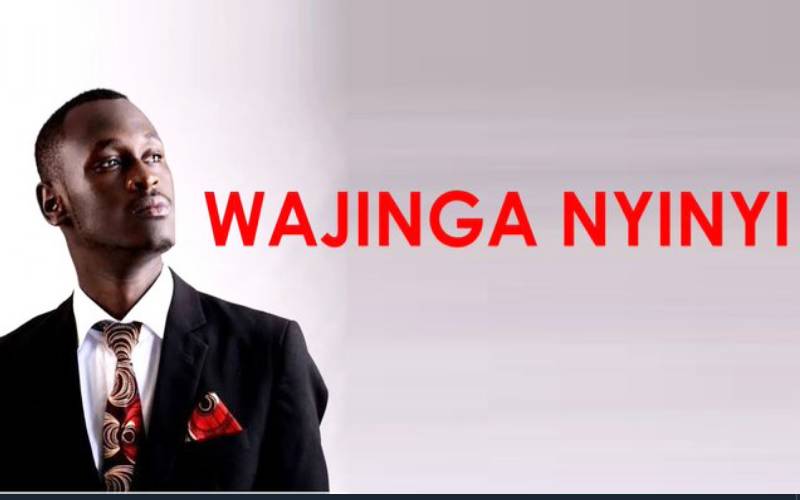 Part of the lyrics read:

Na story ya NYS tulisashahau (And that we, Kenyans forgot the NYS scandal)

Biro Moja alibuy 8 thao, Biro tunanunuanga mbao?” (She bought one biro pen for Sh8, 000 and yet we buy it for Sh20 only)

Kaka logged onto social media, asking supporters to pray for him as he had been summoned by the Directorate of Criminal Investigations.

The story took a turn after the DCI denied summoning the rapper. 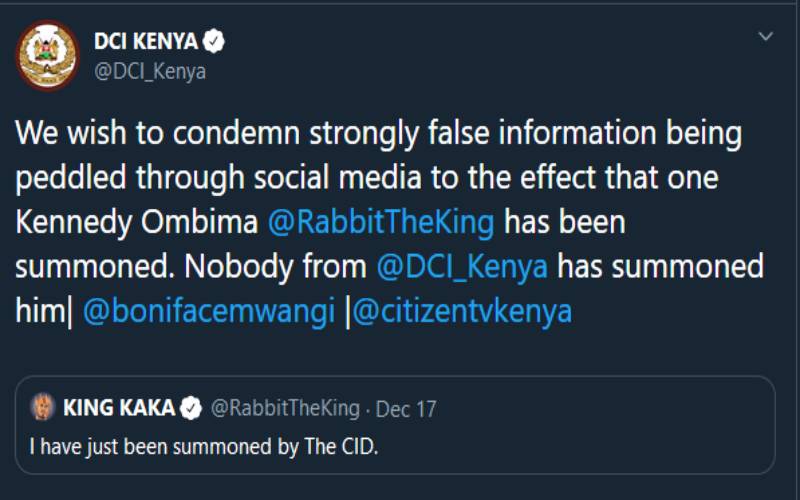 It criticised those it described as using the DCI for publicity.

Anybody wishing for publicity should be warned to desist from using the @DCI_Kenya as platform in seeking media attention. — DCI KENYA (@DCI_Kenya) December 17, 2019