By Cyrus Ombati and Roselyne Obala | 2yrs ago 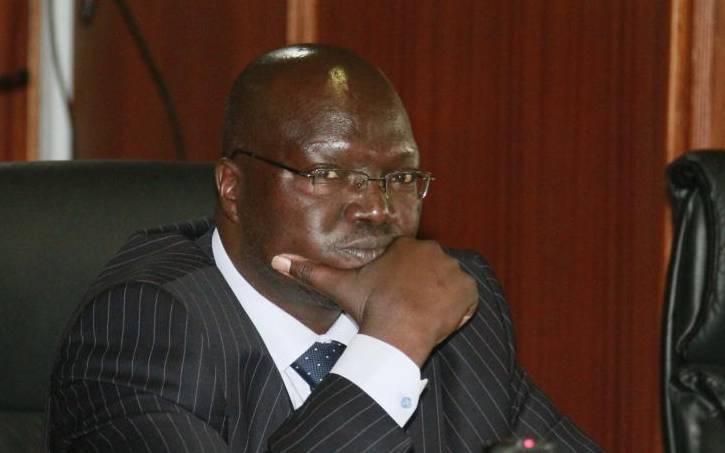 Mr Chelugui was summoned to the Directorate of Criminal Investigations (DCI) headquarters in Nairobi where he faced detectives probing the project for more than eight hours.

He wrote what insiders termed as a long statement on what he knows about the matter.

He arrived at the Kiambu Road offices at about 7.30 am.

It was the first time the CS was facing the detectives who have been gathering evidence on the case for the past five months. Chelugui has in the past denied any wrongdoing in the saga.

The Itare project that was projected to serve around 800,000 people in Nakuru, Kuresoi, Molo and Rongai has stalled despite money having been paid for its construction. Total cost of the project was pegged at Sh29.5 billion.

So far, Sh11.5 billion has been paid for the stalled project in Nakuru but investigators say there is nothing to show for the money.

Construction began in April 2017 and was due to end by July 2022 but has since stalled.

The dam has many challenges ranging from compensation, flawed procurement processes and numerous court cases, and could turn out to be extremely costly should it be terminated in its entirety.

Chelugui had said the remaining works at Itare will be sub-contracted to a third party after the current contractor – CMC Di Ravenna – filed for bankruptcy.

He said the contractor will nominate another company to execute the remaining work without altering the initial cost.

Director of Public Prosecutions Noordin Haji and DCI boss George Kinoti had visited the site of the construction and declared only 10 per cent of the work had been done.

They also visited Dubai where officials said some of the payments were made to collect more evidence.

“The CS is being questioned over the Itare dam probe. We cannot recover anything. The contractor abandoned the site and went back to their country,” said Kinoti yesterday.

He added: “I have personally gone to the ground on a fact-finding mission and there is nothing there. No works done.”

Works have stalled at the project and up to 70 cars seconded to the company have been confiscated in the probe. The cars are being detained by the police as exhibits.

But according to the ministry, the 57-metre-high dam with a capacity for 28 million cubic metre, whose construction started on April 6, 2017, is 43 per cent complete.

The construction materials and equipment are wasting at the site over lack of funds to continue with the works.

Apart from Chelugui, others targeted in the fresh probe are officials at the National Treasury, State Department of Water, Attorney General’s office and banks involved in transactions.

Rotich and Thugge are also lined up for further grilling over the saga, police said.

Kinoti said the findings of the probe and recommendations will be sent to the DPP for action.

By David Njaaga 8 hrs ago
Dance, vuvuzelas, and whistleblowing as Raila casts vote in Kibra