MPs claim plot to lock out hundreds from KDF jobs 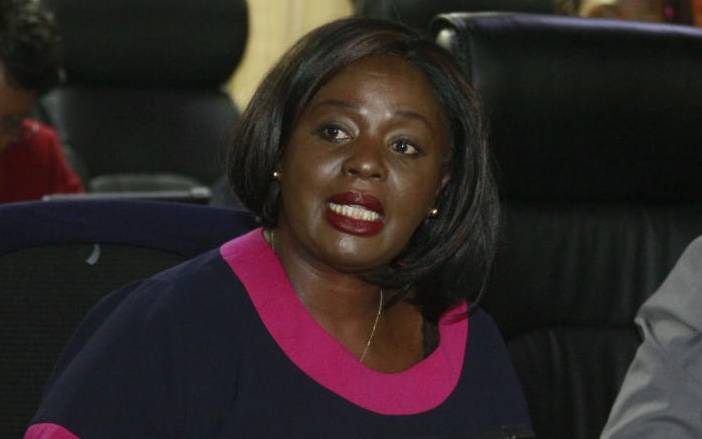 The House yesterday ordered Defence Cabinet Secretary Raychelle Omamo (above) to appear before Defence and Foreign Relations Committee today after MPs protested the change of recruitment centres from sub-counties to counties.

Lawmakers claimed it was a scheme to lock out hundreds of youths from joining the Kenya Defense Forces (KDF).

They argued that holding recruitment at the county level will lock out hundreds of job seekers, citing expansive counties like Turkana and Marsabit where youths will be forced to cover long distances to get to the centres.

The legislators also claimed some recruits were being asked as high as Sh300,000 before they can be considered for the jobs.

Deputy Speaker Moses Cheboi directed Omamo to appear before the committee chaired by Katoo ole Metito this morning to respond to the concerns by the House.

The decision to summon the CS was triggered by Tiaty MP William Kamket, who sought to know what informed the decision to move recruitment centres.

Kamket wants the ministry to explain the criteria being employed in the upcoming KDF recruitment to ensure only deserving youths get the jobs.

KDF recruitment will begin on October 28.

Other vacancies to be filled in the exercise are for specialist officers in cybersecurity/digital forensic/IT, engineers, journalists, lawyers, physical training, finance/accounting, statistics and hospitality management/catering.

Kitui South MP Rachael Nyamai said the recruitment by KDF and other services has been marred with bribery claims.

National Assembly Minority Leader John Mbadi said if the ministry insists on having the exercise at the county level, it should refund job seekers their fare.

Mbadi also demanded that the ministry come out clear on a subjective test they put recruits through, claiming they were used to deny deserving people job in the force.

Judiciary staff have to do without tea and meal allowances as cuts bite.