By Wilfred Ayaga | 2yrs ago 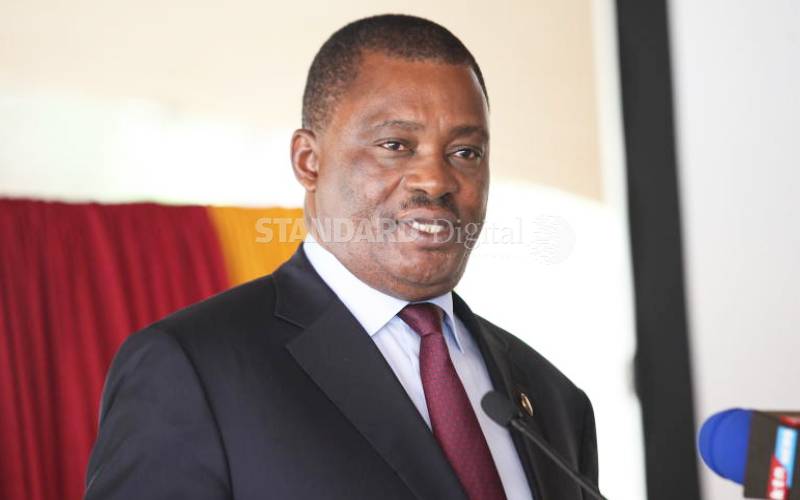 This is after MPs argued that the position is not recognised in the Constitution and Parliamentary Standing Orders.

The lawmakers also argued that CASs are unable to give satisfactorily answers to questions from the House and cannot be held to account as they are not vetted by parliament.

President Uhuru Kenyatta created the position of CASs in 2017.

“The role of parliament in over-sighting the Executive is so important that the Cabinet Secretary cannot decide who is going to represent him. The CAS is neither here nor there in the pecking order of the public service. If the president wants to appoint anyone in the public service, that is fine, but he cannot chose for us who can answer questions before committees,” said Ugenya MP, David Ochieng.

Earlier, Kimilili MP, Didmus Barasa had rejected an answer by Health CAS, Dr Rashid Amana, claiming the official was not the right person to respond to the question.

The CAS had appeared before the National Assembly Health committee to answer questions from lawmakers.

“The National Assembly is the apex of people’s sovereignty and power, and I cannot allow a person not defined in the Constitution to respond to my question. I sit in the House committee that reviews rules and the position is clear that those to respond to questions should either be the accounting officer or policy holders. We cannot bring people here to engage us in endless talk,” said the MP.

Nominated MP David Sankok argued that since CASs do not sit in Cabinet meetings, they should not come before House committees.

He also argued that since the administrators are not accountable parliament, they cannot be sanctioned in case they provide wrong information.

“We don’t vet them so in case of wrong information, we can’t punish them. If they don’t sit in Cabinet meetings, I don’t see why they should come before parliament,” he said.

Leader of majority Aden Duale admitted that a ruling ought to be made on whether CASs can represent CSs in parliament.

“The CASs are doing good work, but whether they can appear before committees, it is for the Speaker to make that decision. The Speaker needs to give direction on who is accountable to Parliament,” said Mr Duale.

Leader of the Minority, John Mbadi said the creation of the position was wrong from the very beginning and wondered how the mistake can be undone.

“It was a wrong move. What I don't know is how we will deal with it. The President has created positions which are not in the Constitution.The horse has bolted, but I don't know how we are going to help it," said the Suba South MP.

"I see no problem for the CAS to lead delegations to parliament. The problem is not the written answer, but the many clarifications that will come after the answer has been read. The CASs are not in  a position make decisions," argued Katoo Ole Metito (Kajiado South).

Kipipiri MP, Amos Kimunya argued that as long as the statements read by CASs were signed by the CS, they would remain valid.