Inside ambitious Sh300b dams yet to quench Kenyans’ thirst 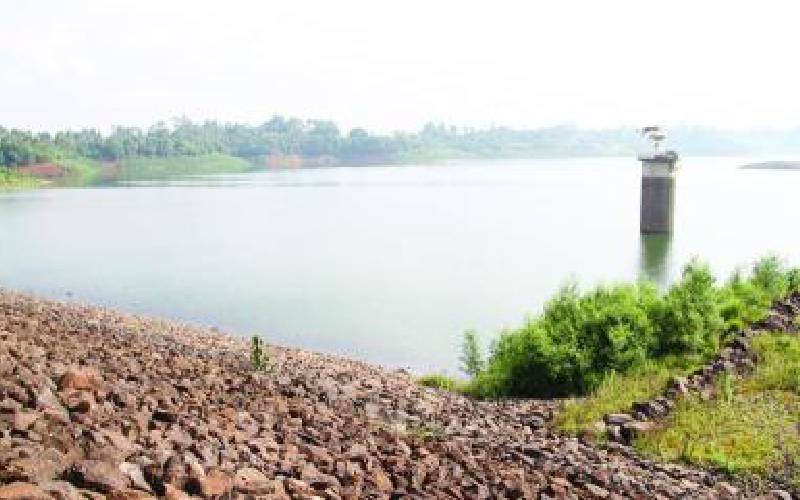 After more than Sh300 billion set aside by Jubilee government for water projects across the country, there is little to show on the ground as project delays, financing hitches and lethargy of contractors derail the dream.

In magnitude, the combined cost of more than 60 dams launched throughout the country come second to Jubilee’s single largest infrastructural project, the Standard Gauge Railway (SGR).

But unlike the SGR which was completed in record time, they are moving at snail-speed with most stuck at land compensation stage. The projects which have huge potential in terms of food security straddle through the three ministries of Water and Irrigation, Agriculture and East African Community and Regional Development.

How Matiang’i rode his way to national acclaim

Last week, it emerged that the Sh38 billion Itare Dam, a project under Rift Valley Water Services Board (RVWSB) was in doldrums. The dam with a daily capacity to yield 100,000m3/day is now in limbo given that the Italian contractor, CMC Deravena had filed for conservatory orders in anticipation of being declared bankrupt.

The stalled project that was about forty percent complete has been pending for the last four months raising fears of it going into the same books of Umaa dam in Kitui and Badassa in Marsabit which have turned derelicts even after billions were sunk.

A report released by the National Treasury in possession of the Sunday Standard indicates that Umaa had gobbled Sh1.5 billion before it stalled due contractual disputes which arose on extension of time in 2010. It needed Sh1 billion more to complete.

Unless quick interventions are done, Itare dam that was to benefit over 800,000 households in Kuresoi, Molo, Njoro, Rongai and Nakuru Town could shuttle down the same road. Water and Sanitation Cabinet Secretary Simon Chelugui is however confident that the project will continue.

“We have agreed with the contractor that he subcontracts the jobs to other companies as a way of saving the project, if we cancel the deal, then we will be bound by the contractual responsibility,” explained Mr Chelugui.

In the National Treasury report, Badassa dam had consumed Sh2 billion by the time it stalled nine years ago. Architectural designs and excessive foundation grouting works variations, stalled the project.

Speaking of the ambitious water projects, Chelugui insisted they will ensure not only the availability of clean drinking water but also support a wide spectrum of economic activities.

“We want to increase water coverage from current 60 to 80 per cent and subsequently the entire country by 2022,” said Chelugui. The CS said his ministry will play a critical role in realisation of the Big Four agenda in the next four years given that water is key to development. “The government can no longer supply Kenyans with water from rivers which is insufficient and there is need to improve dams in the country for water storage and conservation purposes,” Chelugui said.

But, apart from a few currently moving smoothly, the construction of dams has been stocked by controversy thus putting to question the rationale of the continued sinking of dams.

On the Itare Dam project, the Treasury entered a deal in 2015 with BNP Paribas Fortis and Intesa Sanpaolo of Italy a Loan Agreement for funding of the project expected to be complete in 2020.

But from elders who had challenged its implementation sighting drying of rivers downstream to a contractor, battling bankruptcy, the project has been dodged by controversy.

The dam’s components comprised 57m high dam, 100,000m3/day water treatment works, 1.2m diameter 113km pipeline, 14.5km bulk transfer tunnel, water distribution improvement works, sewerage network and treatment works. Before it kicked off, the project had been caught up in political lethargy. Just like the Itare’s case, implementation of the Sh6.8 billion Northern Water Collector Tunnel project was shaken to the core by the national politics with allegations of desertification down stream also emerging.

The project funded by the World Bank seeking to divert water from sources in Aberderes to Thika’s Ndakaini Dam for use in Nairobi came under political attack by opposition leader Raila Odinga, and local leaders in Murang’a and other counties down stream who claimed Murang’a, Garissa, Ukambani and Tana River Delta regions would turn into deserts in five years.

Today, there are tens of projects ongoing that have been dodged by delays that could see the inflated variations costs.

High Grand Fall dam, a grandiose project is one of such. Conceived in 2012, the Sh150 billion project promised to boost irrigation farming in Galana Kulalu irrigation scheme in Tana River County and similar projects in Kitui and Tharaka Nithi is yet to pick up.

“The project is still at planning stage, we are yet to implement it said,” East Africa Community and Regional Development CS Adan Mohamed.

The High Grand Falls Dam would be Kenya’s biggest dam and the single largest undertaking by the government in the water sector and would primarily feed its water into Lamu resort city and port.

On a sprawling 165 square kilometre land within the border of three counties of Tharaka Nithi, Kitui and Tana, the dam would have held over 5.6 billion cubic metres of water and will also generate between 500MW and 700MW of electricity.

Further over 300,000 acres of land would be put into irrigation and help mitigate flooding in the Tana delta that displaces thousands of people annually. Its construction will be funded through a public private partnership, with firms from the People’s Republic of China and the Export-Import Bank of China providing finances.

“A feasibility study and a detailed design of the High Grand Falls Dam on Tana River is now complete but the project is at the planning stage before construction,” Mohamed said.

Prior to the launch, Chelugui explained that the mega project had stalled for 12 years due to wrangles over compensation that shrouded the 600 acres dam whose completion is expected end by December 2020. “We had a robust engagement with residents until they yielded their 12 year opposition, we are now on course and look forward to the completion of the project by end of 2020,” he said

National Land Commission is expected to complete the payment of Sh400 million compensation to 118 farmers whose crops will be affected by the construction of the dam. Over 5,000 families will be affected.

Notably, the project done by a joint venture between International Holding Corporation and Shanghai Municipal Engineering Design Institute and funded by the Government of Kenya and the China Exim Bank is two years behind schedule.

The dam will be built on 600 acres of land and will take 36 months to complete.

The dam has been earmarked to serve the sprawling Ruiru, Juja constituencies and parts of Nairobi. Residents of Ruiru will each day be supplied with 35,250 while Juja residents will get 11,750 and Nairobi 23,000 cubic meters of water a day.

In Elgeyo Marakwet, construction of the Sh63 billion Kimwarer and Arror twin dams would have begun last year but residents’ opposition delayed the project that seeks to turn 1,000,000 acres of land in the Kerio Valley into irrigation.

The contractor, Itinera Spa is already on site awaiting the NLC to compensate the over 800 families who will be moved to create space for the project under the Kerio Valley Development Authority (KVDA).

“All landowners will be issued with copies of the Gazette notice to facilitate the confirmation of details of their names and land acreages and development. This will ensure a smooth compensation process,” said Swazuri.

Mohamed noted that Kimwarer and Arror dams were the biggest projects in the ministry.

Dam project off to slow start but residents now impatient

The ministry, through NLC, has already spent Sh2.2 billion to compensate 1,443 people. Only 198 are yet to be paid.

By Duncan Khaemba | 3 hours ago

By Jacob Ng'etich and Roselyne Obala | 3 hours ago