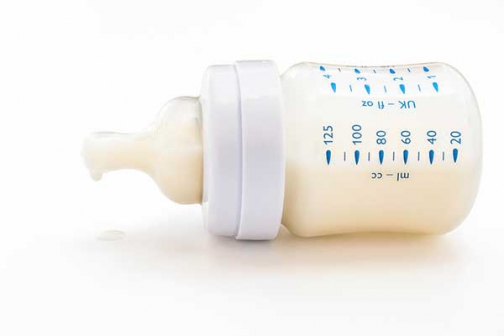 Police are investigating an incident in which a two-month-old baby choked and died in Mathare slums, Nairobi.

The baby boy was being fed milk by his eight-year-old sister when he choked and died. The sister told police and neigbours she was feeding the toddler with milk when it choked the baby killing him on the spot.

"The mother of the children says she had left the two in her house and went out only to be informed of the tragedy. We are investigating," said Nairobi police boss Japheth Koome.

The child was found lifeless by locals after the sister screamed for help as the baby choked. The body was moved to the mortuary.

The body was retrieved after it floated.

At Jamhuri Park, the body of Justin Omare, 21, was found hanging on a tree in a suspected suicide incident. Police say they are investigating how the incident happened.

In Kayole, a man was found with a bullet wound in the stomach. He was taken to a nearby hospital where he died on arrival and is yet to be identified.

Elsewhere, police are looking for a gang that raided a factory manufacturing second generation alcohol and stole several bottles of the drink along Mombasa Road, Nairobi.

A gang of eight went to the factory along Mombasa Road and tied guards who were on duty before they went to the warehouse and loaded thousands of bottles and sachets.

They drove off from the premise without injuring anyone. Police say no arrest has been made and a hunt on the men had started.