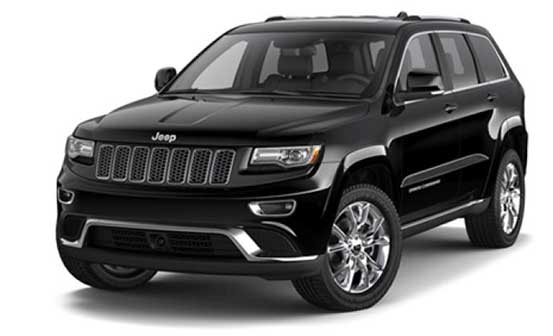 NAIROBI: Businessman Ben Gethi’s mother has been asked by the High Court to surrender a luxury car worth Sh7.3 million.

Charity Wangui Gethi was on February 5 ordered to surrender a black 2014 Jeep Cherokee to the Asset Recovery Agency (ARA) agency together with all its accessories.

Ben has been charged alongside others over alleged involvement in the loss of Sh791 million at the NYS.

The Ethics and Anti-Corruption Commission (EACC) has blamed lack of sharing of information with the Criminal Investigation Department (CID), which investigated the loss of funds, for the flip-flopping in the probe.

Recently appointed EACC Chairman Philip Kinisu told journalists that the two government agencies were simultaneously investigating different aspects of cases emanating from the institution, but regrettably did not share information.

A gazette notice published under the notice of preservation orders Ms Gethi to immediately surrender the logbook or certificate of registration of the vehicle to the Director of CID without fail.

The Deputy Registrar of the High Court Muthoni Kimani wrote: “The respondent Charity Wangui Gethi is ordered to surrender the motor vehicle to the Director of Criminal Investigation Department and Investigating Officer Sautet Jeremiah Matipei until further orders by this court.”

In January she denied owning some parcels of land, houses and a top of the range vehicle that were suspected to have been bought with the NYS money .

At the time, Ben also denied owning the property and other assets, after ARA sued him, his mother, sister and 11 others over the looted money.

And as a multi-agency task force continues to probe the dealings at NYS, other details have emerged pointing to a possibility that the top leadership, including former Devolution Cabinet Secretary Anne Waiguru may have been aware of some of the leakages.

Minutes from a February 18, 2015 meeting show that top ministry honchos were well aware of the rot in NYS. And some of the resolutions made during the meeting could point at the laying of ground for the loss of Sh791 million and the attempted looting of a further Sh800 million.

Also, minutes from that same meeting show a possibility that the much talked about Authority to Incur Expenditure (AIE) password that gave access to the Integrated Financial Management System (IFMIS) may have been in possession of two individuals at the time when the payments under investigation were made and the loss of the funds happened.

“It was noted that the Director General of NYS was too overwhelmed with operational matters and as such many things were falling through the cracks. To address this the Cabinet Secretary directed that the AIE be withdrawn from the Director General and issued to the SDDG who would have more time to effectively process requests promptly,” reads one of the minuted items.

“This directive the CS emphasised would also ensure that the DG had more bandwidth to focus on strategic leadership of the institution to ensure that NYS delivers on its mandate,” the minutes further state.

At the time The Standard broke the story of the massive loot, the matter of the individual who had the AIE password was in contention with both Mr Githinji and his deputy distancing themselves from it.
Eventually, EACC Chief Executive Officer Halakhe Waqo was to inform investigators of the scam that he had lost his password and accessed the IFMIS system to make payments to several companies.

Many of the contentious payments were made between January and February of 2015, when both individuals, if the ministerial directive was followed, were in possession of the AIE.

The issue of inflated project costs also came up during that Wednesday evening meeting.

“It was noted with concern that some projects implemented in Kibera appear to have cost a lot more than would reasonably be expected. It was important to establish whether executing teams had adhered to the Bills of quantities prepared at the commencement of the projects,” read the minutes.

Sources familiar with the operations at the Kibera projects say that bills of quantities were seldom used and that the companies that got the tenders almost always used NYS staff and machinery to deliver materials and this cost was never factored out of the final payments.

Part of the payments made to the companies involved resulted the freezing of accounts of the company directors and seizure of their assets.

Sheep farming can fetch you riches if driven well

Sheep farming is perhaps the most flexible of all livestock enterprises.