DPP orders Obado, children to be charged with loss of Sh73m public fund 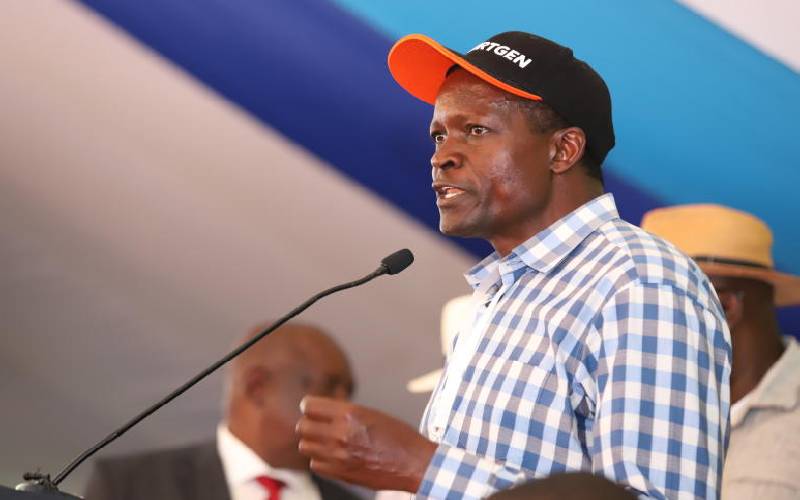 The Director of Public Prosecutions Noordin Haji has ordered the arrest and prosecution of Migori Governor Okoth Obado and his children for what he called misappropriating Sh73 million public funds.

In a statement, Haji said he was satisfied there was enough evidence to arrest and charge Obado (pictured), his sibling and children for misappropriation of county funds.

The DPP said the governor's actions allegedly led to the loss of more than Sh73.4 million.

According to the DPP, investigations revealed that the directors of the companies were proxies of the governors including his three brothers who wired the money back to Obado’s children bank accounts.

Sh34 million, which is part of the loot was used to purchase a house in Loresho Ridge for Evelyne Adhiambo Zachary, Obado’s daughter.

Others were used to buy high-end cars and to educate his children in Australia, Scotland and the United Kingdom.

The charges emanate from investigations by the Ethics and Anti-Corruption Commission early this year.

Oburu refutes claims he is out to rescue Obado