Vet lab’s Robinson Owiti and Wayuwa Mululu are the winners of the just concluded Crown Berger ‘Greensome’ tournament held at the Limuru golf club at the weekend.

Owiti and Mululu, playing on handicap 28 and 10, carded 43 Stableford points to win the grand prize of three nights for two in South Africa, courtesy of paint manufacture Crown Berger.

On the back nine, the pair continued with their good run, getting a par on the 10th before dropping a shot each on the 11th and 12th and scratching the 14th hole. They recovered with two pars on the 15th and 16th, dropped a shot on the 17th and finished the last two holes with two pars to get 18 points.

"We were a great team, we complimented each other’s play, we had trouble in the second nine after we blanked on one hole, but the first nine was very good for us," said an elated Owiti after picking the prize.

At the front nine, they dropped a shot on the 10th, birdied on the 11th and 12th and got five consecutive pars on the last five holes to take home three nights for two in Mombasa.

The tournament involved pairs of players who after driving select one ball, then play alternative until the ball is in the hole.

The tournament saw over 800 players from all over the country participate from 15 venues at which an average of six pairs will qualified for a grand final.

Kenya won the overall title at the just concluded seventh edition of the Africa Zone Five Karate Championship at the Nyayo National Stadium at the weekend. 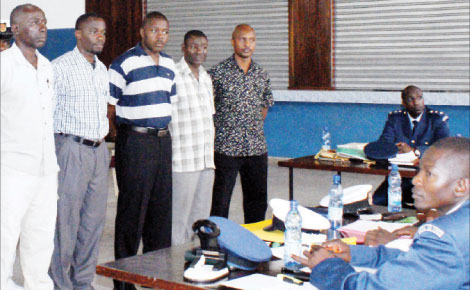