Nicholas Kipyator arap Biwott was at the epicentre of power during the 24 years that President Daniel arap Moi was in office.

Referred to by many nicknames (Total Man, the Bull of Auckland, Mr Fix It, Karnet (steel), Man Behind the Throne, or simply King in Waiting), Biwott was widely acknowledged as the man not to cross in the Moi government. Anyone who did was sacked. He was also mysterious and, some felt, paranoid.

It was not unusual for him to change vehicles up to 10 times in one day. For instance, he would take a ramshackle taxi on a mission to the Hilton Hotel, then another vehicle to the Norfolk Hotel to meet a colleague, another to Lavington, yet another to Muthaiga, and so on throughout the day.

Biwott's name was synonymous with power in an African State whose President was at one time listed by the Western media among the so-called ‘Big Men’ of Africa in the 1980s and early 1990s, before the wind of pluralism swept across the continent. Although short of stature akin to the biblical Zacchaeus, Kenya’s entire Cabinet, every Member of Parliament, politician and the general who’s who paid court to him.

He was what is known in political parlance as the power behind the throne. He made things happen.

During the Moi era, Biwott’s reputation as a colossus of Kenyan politics was comparable to that of Substone Budamba Mudavadi (father of Wycliffe Musalia Mudavadi, who later became a co-principal of the Opposition’s National Super Alliance), Charles Njonjo, the most powerful Attorney General Kenya has ever had, and Godfrey Gitahi (‘G.G.’) Kariuki, the influential Minister for Lands.

In the 1980s, when total loyalty to the ruling party was symbolically measured by thermometer, Biwott was the gauge of who was or was not loyal to Moi. Essentially, politicians and members of the business community regarded Biwott as the de facto deputy to the presidency or better still, the Swiss-style Big Man in a collegial presidency – which did not exist in the Constitution of that era. 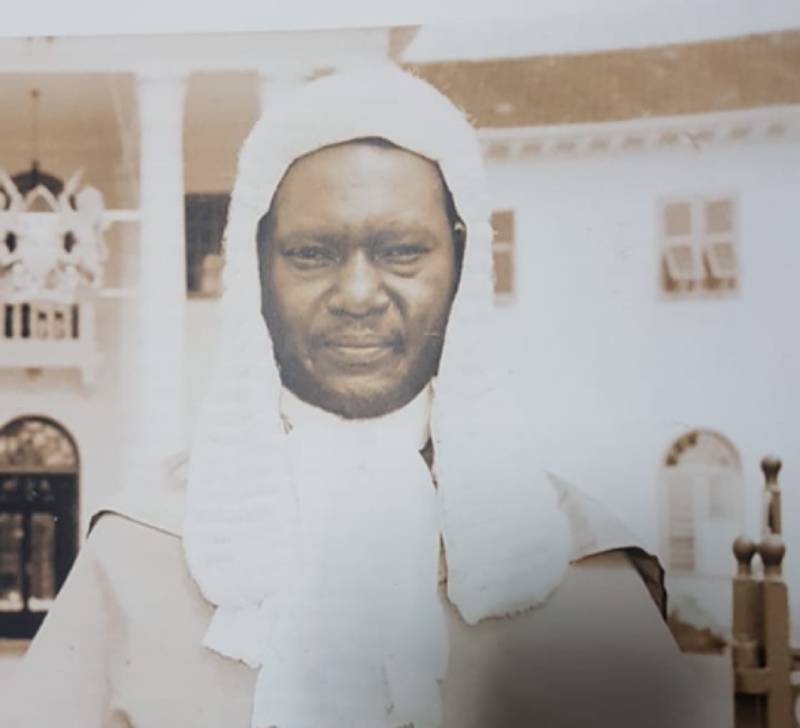 MATHEW GUY MULI: The AG who sacked himself

Mathew Guy Muli became Kenya’s fourth Attorney General in January 1983 and earned himself a place in the country’s history as the man who sacked himself! In an unprecedented action, Muli tabled a Government Bill in Parliament in 1987 that effectively removed the security of tenure of judges. A few years later, he was appointed Judge of the Court of Appeal.

Muli took over as AG from Joseph Kamere who had served as AG for two years. This was a time when Kenyans were beginning to call, albeit underground, for increased democratic space in the country through multipartism. When he was appointed, hopes were high that he would institute the badly-needed reforms in the country’s judicial system. This he did, and his work was applauded around the country.

During his tenure, the speed at which inheritance cases were processed increased, by-laws were introduced to facilitate access to facilities by the physically handicapped, access to birth and death certificates was improved by separating the Department of Public Trustees from the AG’s office, the Extra Mural Penal Employment System was introduced to decongest prisons, and the Council for Higher Education was introduced to facilitate the establishment of more private universities. He also re-introduced the death penalty through an amendment of the Constitution.

Muli served as the Government’s chief adviser for eight years between 1983 and 1991.

ONYANGO MIDIKA: Firebrand MP who championed the cause of cane farmers

Former trade unionist, Mathews Charles Onyango Midika, made a name for himself in politics because of his fiery debating skills and speeches inside and outside of Parliament. Midika, who was the MP for Muhoroni Constituency and a Cabinet Minister during President Daniel arap Moi’s last term of his 24-year tenure, was known for combining his oratory prowess with humour and fearlessness.

Midika has described Moi as a friend and said he will be remembered for his restlessness in Parliament and frequent clashes with the Speaker during debate time in the august House. He was renowned for being unafraid to ask controversial questions and even interrupting proceedings on numerous points of order.

During his first term in Parliament in 1974, Midika focused on advocating for cane farmers’ rights and pushing for the sugar industry to be given the necessary support to help it function fully. This earned him the nickname Bwana Sukari (Mr Sugar). He also exhibited himself as a protector of his people’s rights by declaring war on fish processing firms whose owners, he said, were exploiting local fishermen. He frequently made the headlines for randomly laying ambushes on the road to nab middlemen who bought stock from fish operators in Lake Victoria at throwaway prices and transported it to cities and towns where they sold the fish for large profits.

At these road blocks he would order lorry crews to come out of the vehicles and take them to task. In one incident, the Minister ordered a lorry crew transporting Nile Perch to drive back to Wich Lum Beach in Bondo, where they had purchased it. He followed them in his official car as they drove back to the fish landing beach where, on seeing him, the fishermen celebrated in song and dance. This one-man campaign was an instant hit and made the MP a local hero while earning him respect from his boss, the President.