USA: A research expert says the world could still end within the next few weeks - despite NASA's claims to the contrary.

With just over a week to go until the first rumblings of the end of days - it could be time to hone those contingency planning skills just in case you're the last man standing - after all Earth has had a catastrophic impact before!

As a plethora of horrors are expected to rain down and ravage the planet including meteor strikes, earthquakes, tsunamis and even as some suggest a torrent from Almighty God himself - we decided to take some advice from experts who say that doom watchers may be on to something.

Conspiracy theorists still haven't pin pointed when earth's final day will come - insisting it could be anywhere from the 22 to the 28 September - but if we're to believe them - then we should start bidding bye-bye to our loved ones soon.

Professor Robert Walsh, executive director of research at The University of Central Lancashire tapped into his extensive knowledge to put some historical context to this upcoming phenonmenon.

So this asteroid strike, should we take it seriously?

What you may not realise is that Earth is hit with about a hundred tons of extraterrestrial material every day! However, this debris is in the form of numerous small rocks, the majority of which burn up in the planet’s atmosphere.

Earth has experienced very destructive impacts in the past – just ask any dinosaur; oh wait, you can’t! The Earth-smashing asteroid in that case has been estimated to be around 10 km across. So we have to take the threat seriously.

In fact, in February 2013, a lorry-sized space rock exploded in the skies above Chelyabinsk, Siberia. Spectacularly caught on camera phones as it sped across the sky, the force of the resulting blast smashed windows, injuring hundreds of people. However, the result could be much more devastating if this sort of event was repeated above a major centre of population like London, New York or Beijing.

• Is it possible that NASA may miss an asteroid travelling at speed?

The international astronomy community is taking seriously the slim threat of a devastating collision with asteroid. In April 2015, an international conference organised by the European Space Agency brought together several scientific disciplines (including astronomers, physicists and engineers) to debate and role-play the possibilities around dealing with an Earth directed asteroid collision.

NASA indicates that if there was any object large enough to do the type of destruction in September indicated by claims across the blogs and web postings, we would have seen it by now.

NASA’s Near Earth Object office at the Jet Propulsion Laboratory is at the forefront of what is now a worldwide collaboration to watch the skies for any asteroids that could do harm to our planet. Their “Spaceguard” programme detects and tracks these objects as well as trying to determine their nature; such as what is their mass or what could they be made of.

• So have scientists ever been able to predict a strike?

In 1994, Jupiter, the largest planet in our astronomical neighbourhood, experienced an asteroid strike from Comet Shoemaker Levy 9- this was the first time humankind had predicted and then observed such an event.

• Where do asteroids come from and how fast do they travel?

Asteroids are the rocky crumbs left over after the formation of the planets in our Solar System. Most are found in an huge ring of space known as the asteroid belt- somewhere between the planets Mars and Jupiter.

However, some are found outside the main asteroid belt. Three groups called Atens, Amors, and Apollos are the ones we worry about here on Earth. These are known as near-Earth asteroids and they spiral around in the inner parts of the Solar System and can sometimes cross the path of Earth and Mars.

Accordingly to the Earth Impact Effect Programme at Imperial College London, the typical impact velocities are 17 km/s for asteroids and 51 km/s for comets.

• A comet could travel from Edinburgh to London in 10 seconds

• How can we avoid a catastrophic comet?

There are several ways of trying to deflect an on-coming asteroid. The first is to try the “Hollywood approach” and simply blow it up! However, in spite of the possibly spectacular visuals that could result from “nuking it”, the shattered asteroid could merely become a swarm of slightly smaller and still very destructive space rocks heading towards our planet. Really, this would only be considered at a very, very last resort.

Another way would be to just give the asteroid a nudge, to change its path away from the Earth. Knocking it with some sort of impact could do this. Or maybe an unmanned spacecraft with enough mass could be put in orbit about the asteroid to effectively change the “gravitational pull” and alter the trajectory that way.

Orbiting around and landing on a comet may seem like the stuff of Star Trek. However this was actually achieved in 2014 by the European Space Agency’s Rosetta space craft which also sent a small lander called Philae down to the comet’s surface.

However, Rosetta took a decade to get to its comet destination. So if the the asteroid encounters needed to deflect a Earth directed impact are to be effective, the asteroid would need to be detected many years in advance and shoved or pulled many million of kilometers from Earth.

Psychologically frazzled by end of days? Here's some preparedness tips

• Why are people so attracted to the idea of the end of the world?

Why people are attracted to these beliefs is an interesting question. One possibility is that in a world which is unpredictable it offers a sense of control. People can be concerned about the future and what to plan but without any information to base your plans on it can be difficult. If a charismatic leader tells you that the world is going to end on a specific date you can plan for the event. By having a date to plan for you have taken away the uncertainty in your life.

• So have we ever had a fake end of the world moment?

In 1938 in the US a radio station broadcast a version of HG Wells’ book “War of the Worlds” but the radio play purported to be a live broadcast of a real life event. This was in the days before you could check things on the internet and people trusted the radio for news. As a result thousands of people are reported to have fled their house to escape the Martian invasion.

Similar behaviours were seen in 1992 when the BBC broadcast a drama called Ghostwatch, a ‘live’ documentary where some people believed that a real poltergeist had escaped and it was the end of times. People reported psychological problems in children after they had watched the show.

• Is there a link between phases of the moon and people's behaviour?

Some people believe that the full moon has a negative effect on human behaviour the Transylvania hypothesis. However, no real evidence has been found.

One study of admissions to emergency department found the full moon was associated with a significant increase in animal bites to humans. Other studies have noted a small rise in GP appointments in the 6 days following a full moon. However other studies have reported no links between the full moon and increased trauma/violence leading to hospital admissions and no increases in violence and aggression in those resident in psychiatric units.

• Can you really prepare yourself for the end of the world?

Believing that the end of world is nigh is not a bad thing if it does not interfere with your everyday life. As long as you do not sell your house and spend the money on a nice holiday or give it to a cult leader preparing for the end of the world may not be a bad idea. Most of us do not take risks is everyday life seriously.

We can fail to think about risks such as what would we do it there was a flu pandemic for example. It is completely rationale to keep some food and water in your house for emergencies. Most people don’t want to think about dying as it is psychologically uncomfortable. Therefore most of us don’t do sensible everyday preparedness tasks (such as keeping a blanket and a flask of coffee in the car in case we get stuck in the snow in the winter).

People who are distressed by end of world predictions should try and rationalise and challenge their negative thoughts. 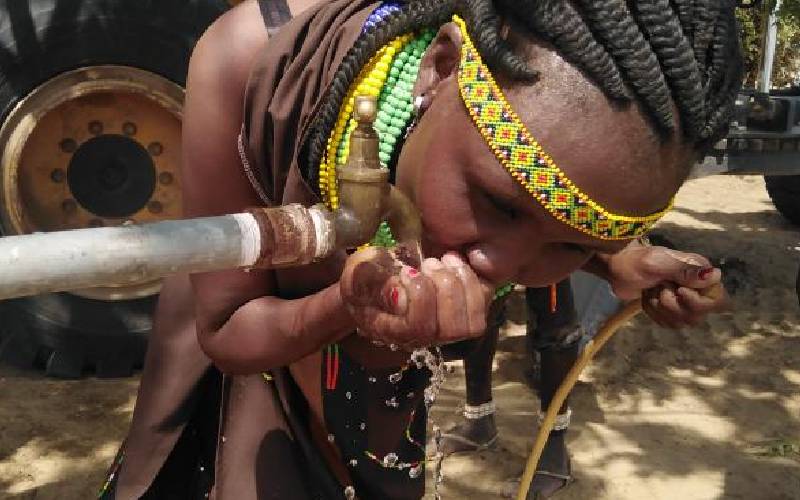 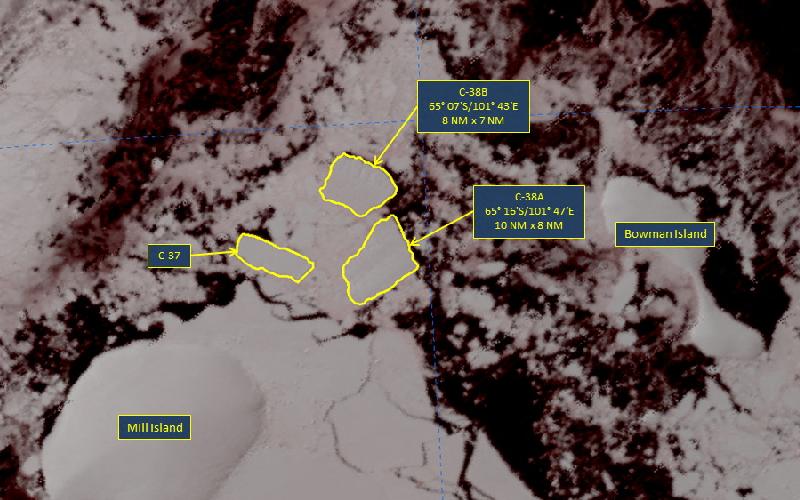 Thinning Antarctic ice shelf finally crumbles after heatwave
Ice shelves, permanent floating sheets of ice attached to the land, take thousands of years to form and act like levees holding back snow and ice.
World
By Reuters
3 months ago 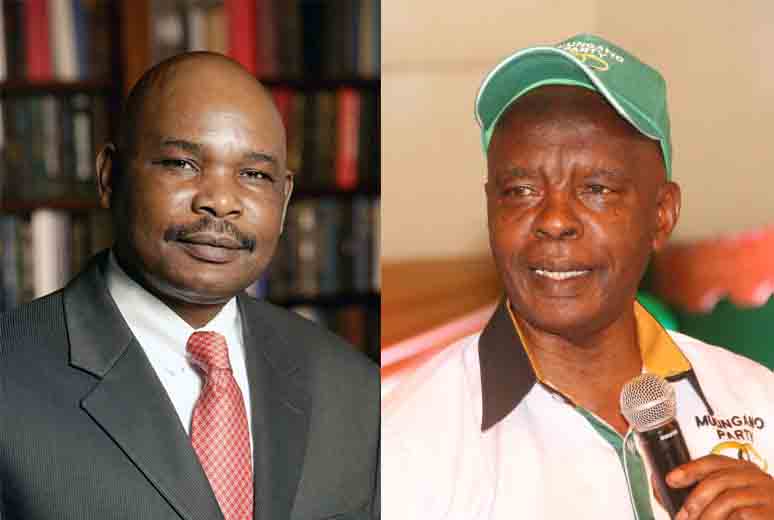 Premium Kalonzo-Raila MOU died with NASA, says Kibwana, Makau
The two trustees of Raila-Kalonzo 2017 deal trashed the former’s claims on its validity, saying it was predicated on survival of defunct NASA.
Politics
By Nzau Musau
4 months ago 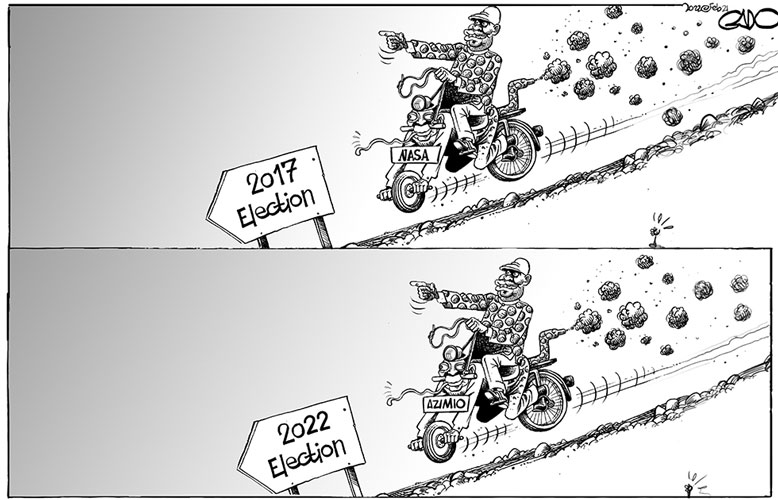 Raila and Kalonzo's NASA to Azimio
Cartoons
By Gado
4 months ago
.

What are kidney stones?
Generation Next
By Nicole Nduati
1 hour ago
No consensus in Nairobi biodiversity safety talks
Environment
By Peter Muiruri
2 days ago
Musicians urged to use political songs to preach peace, not hate
Lifestyle
By Ndungu Gachane
6 days ago
Premium Nairobi to Mara: Lions who ruled the world
Travel & Destination
By Jayne Rose Gacheri
6 days ago
Premium Earn from art: New age solutions to old problems
Sunday Magazine
By Muhunyo Maina
6 days ago
Health and safety: Things to keep in mind when travelling
Travel & Destination
By Jayne Rose Gacheri
6 days ago
.

By Nicole Nduati 3 1 hour ago
What are kidney stones?

By Ndungu Gachane 3 6 days ago
Musicians urged to use political songs to preach peace, not hate

By Jayne Rose Gacheri 3 6 days ago
Premium Nairobi to Mara: Lions who ruled the world