Wednesday, May 22, 2019, I was coming out of the University of Nairobi library when I got that dreadful, dreaded call. The call that, like lightning let out of a bottle where it’s been bottled for long, you’ve been expecting – but that strikes you no less sad for all the trepidation.

“I’m sure you already know, but sorry. Will you do his story? For us. Maybe today?”

But before I could do the Binyavanga story, I first went and sat in an empty Taifa Hall at the university, where 15 Mays before we had all sat as members of a literary community - Kenya’s first formal one in this century – and listened to a promising young Nigerian writer called Chimamanda Ngozi Adichie read to us from her debut novel The Purple Hibiscus, that Binyavanga had informally helped edit, and that was making ripples across the literary scene.

Dance of death: Founder’s bow out blew Kwani? down

The journey of poet teardrops

Who will stop greed rampage in Kenya’s publishing industry?

Sex and the nation

Then I crossed the road and went to Safari Club, Lillian Towers, where, in the December of 2002, whilst at the wedding reception of a wealthy relative one Saturday, I’d seen lobby signs ‘Kwani?- SLS Writer Conference’.

So I’d slipped from the rather dull, soda-drenched affair and gate-crashed this ‘Kwani?’ and joined a bearded bleary-eyed Russian man at the corner of a bar counter; and a big fat man with a big fat voice and a big fat laugh and a big fat name – Binyavanga Wainaina – who everyone just called ‘Binya’ (except for Nicole Audrey Spector, writer daughter of the convicted Hollywood legend Phil Spector, who produced both Tina Turner and The Beatles – Let It Be – who gave up on his name. She baptised him ‘Binyanyanya Wanga Wanga’, but that was in Russia, two and a half years later).

In the meantime, Binyavanga and a bunch of friends were in the process of creating a new literary magazine, Kwani?, and that is what this mini-conference with the Russian guy, a 46-year professor of literature at Union College in the USA called Mikhail Iossel, was all about.

The first issue of Kwani? would check into the scene eight months later, amid a litter of literary fanfare, with Binyavanga claiming at the launch that “this is the Kenya that Kwani? was about. We are a magazine of ideas. We seek to entertain, provoke, and create. We are open to all Kenyans, wherever they may be, who want to say something new.”

We all wanted to say something new - never mind that it would take me four more years to produce the ‘provocative’ if oddly controversial poetry collection, What If I’m a Literary Gangsta?, inspired by Professor Egara Kabaji’s quip “Kwani? is little more than a pseudo-literary mafioso; with Binyavanga as their godfather.”

By that November of 2007, Binyavanga Wainaina had just relocated to New York as a writer resident at Union College, courtesy of the Iosselconnection, (and so was no longer in charge of Kwani?’s day-to-day affairs), and what journalist Parsalelo Kantai calls the ‘Age of Love’ at Kwani? was already over by almost a year.

The ‘Age of Love’

In the beginning, December of 2002 to December of 2006, Kwani? was a loose association/ strong movement of creative Kenyan ‘eccentrics,’ glued together by the idea of producing an annual literary magazine of original writings.

Kwani? was also, literally, a long literary party! First at the Loresho home of then East African editor Ali Zaidi (with his sculptor wife, Irene).

By 2004, Binyavanga’s sister June Wainaina was organising ‘Sunday Salons’ at the Kengele’s in Lavington Green, where this clique of new Kwani? prose writers could go to drink and read out-loud from their short stories as well as excerpts from novel manuscripts that, on the whole, would never see the light of day via publication.

The class divide in Kwani? was somewhat bridged when, around 2005, the same June Wainaina began organising ‘Spoken Word’ poetry readings on the fi rst Tuesday nights of every month at Club Soundd in the heart of Nairobi. It can be said that the ‘Open Mics’ are the one enduring legacy of Kwani?, where TV stars like Lillian Muli would intermingle with Dandora hip-hop stars like Kitu Sewer of Ukoo Flani Mau Mau, and that eventually produced Spoken Word stars like Mufasa.

Meanwhile, there were the literary workshops, designed to turn ‘Kwanites’ into world-class writers. The Iossel founded Summer Literary Seminars (SLS) in Saint Petersburg, of which the 2005 edition was attended by Binyavanga, Parsalelo, Billy Kahora, Martin Kimani (now our ambassador at the United Nations), and myself.

By day we would be in literary lectures by the likes of future Man Booker Prize winner George Saunders, and by white night dance and drink at the ‘Dacha’ and ‘Fidel Castro.’

All the while, Kahora was becoming the right hand man of Binyavanga at Kwani?. Fast forward a year later to the second SLSKwani? Lit fest in Lamu in the December of 2006. Prof Mikhail Iossel brought abroad a whole lot of American university students, academics, and a few serious writers for this literary excursion.

Yvonne A Owuor, who herself had won the Caines’ Prize a year after Binyavanga (2003), was put in charge of the Nairobi part of the festival, serving as a channel between the writers and the admin group, who did on-the-ground work.

A woman called Shalini Gidoomal, who lived in Lamu and loved and ‘practiced’ literature, coordinated the Lamu section of the festival.

From swimming across the Lamu to Manda Channel, to getting lost somewhere in the middle of the island, to eye-popping visits in Dandora and incredible poetry performances that are still talked about today — those many little organisational glitches, turned quickly into many, many triumphs.

The Nigerian Litmag Farafina was born at this Litfest, as was the Pan African Literary Forum. Watch this space for the advent of an exciting international literary archive project called Goonj. All these created the many narratives that made up the SLS - Kwani? Litfest.

Beginning of the end

Soon, however, the victories turned to vinegar. The 2006 festival marked the start of an irreparable rift between Gidoomal and Kwani?. During the event, the fourth issue of Kwani?’s flagship journal was launched. The issue suffered a series of blunders, including editorial errors in the publishing of a short story by Shalini. The story, to her horror, did not make it to the final redacted issue.

When the festival began, the issue wasn’t yet available, a monsoon having trapped the books that were being shipped in from India. One of the Kwani? staffers flew to India and back to Kenya with a bunch of copies that were made available to festival attendees. When the writers whose work had editorial mistakes read through the issue, they exploded.

Binyavanga put the blame squarely on Charles ‘Potash’ Matathia, who had done a lot of editorial work on this embarrassing issue.

Potash, part writer of the hit local film Nairobi Half-Life (and now sadly said to be living on the streets of Waithaka) was booted out and replaced by a cool Canadian journalist called Arno Kopescki to churn out the next Kwani? edition.

But that Kwani? 2006 Lit fest would be the zenith – although, at the time, none of us knew that we’d just lived through a watershed lit fest. And three ‘S’ words would start the slide.

Shalini Gidomaal would become totally disaffected by the entire Kwani? project by 2008.

‘Storymoja,’ shortly thereafter founded by Kwani? acolyte Muthoni Garland, would become the new local literary force on the creative ground for the next decade, complete with its own affiliated ‘Hay’ literary festivals, pushing Kwani? out of the local lit center.

Schenectady, New York, would soon come calling for Binyavanga, the ‘Big Daddy’ – wrestling reference intentional – of Kwani? – and while the organisational structures would become stronger, more formal, the creative spirit of Kwani? would go with him.

Kisumu Lakeside Basketball Club is optimistic of performing well in the 2021 Kenya Basketball Federation (KBF) Men’s Premier League despite the... 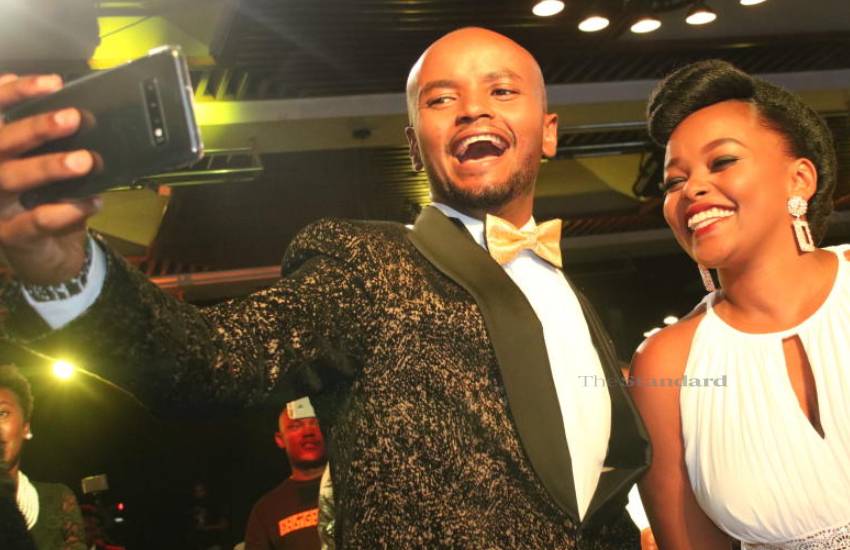 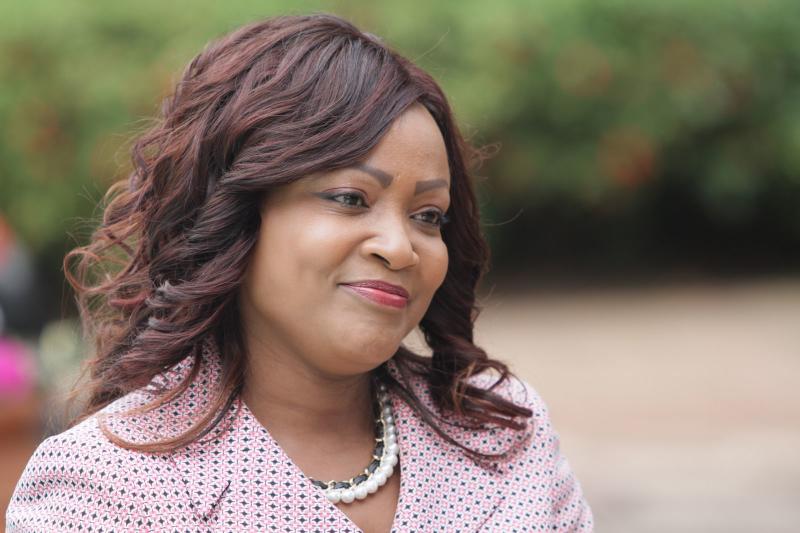 By Caroline Okello | 6 days ago 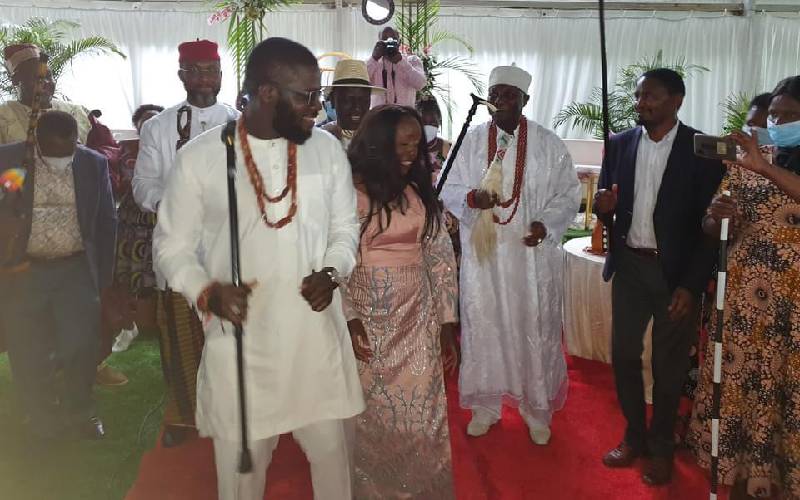