Dos and don’ts of microwave use

Sunday Magazine
For those on the quest to avoid these occurrences, it would be important to have some tips, dos and don’ts while using a microwave. 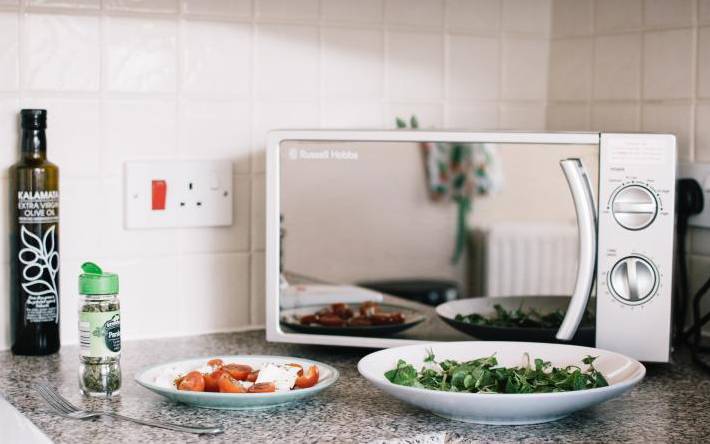 A passive family member in many households, the box sits calmly on kitchen counters, groaning and grunting in a rumbling noise when used, and sounding off often in that all too familiar beeping sound. The microwave is a widely used appliance that boasts benefits such as convenience and efficiency. But many of us have experienced that woops moment when suddenly, sparks erupt in the device, followed by ceasing to function. Or we sometimes burn ourselves with scathingly hot bowls and plates used to heat food. For those on the quest to avoid these occurrences, it would be important to have some tips, dos and don’ts while using a microwave. DO keep it clean with a regular wipe using a warm cloth and soapy water. DO leave some space for steam to escape if covering a container with a lid. While heating soups and broths, or foods containing fats and liquids, it is advisable to cover them with a paper towel to avoid splattering, splashing and a messy microwave. DO check on the food regularly if using a microwave to cook. Stir it frequently, keeping it covered for even cooking while leaving some room for steam. DON’T use metals, containers with metal rims or metallic cutlery.  This includes aluminum foil. Metals can start a fire in the microwave by converting the microwaves into electric current, causing a spark.   DON’T use paper bags or newspaper wrappings in the microwave. They should be avoided as they could catch fire. Glass, ceramic containers and clearly labeled microwavable plastics are recommended. DON’T boil eggs in the appliance. Steam will collect within their shells, causing them to explode; a not only grimy situation but a hazardous one too. The same goes for grapes, which if heated will explode. DON’T heat water past its boiling point. This brings it to a state known as super-heated, where any sudden jolt, disturbance or movement could cause a splash or violent explosion of the water. According to the World Health Organization (WHO), there have been reports of serious skin and face burns as a result of this. Adding ingredients such as tea leaves, sugar or coffee reduces the chances of hot water eruption. DO leave some time between heating and eating. The WHO further proposes that food heated in a microwave should be allowed time to rest, so that heat may distribute evenly and kill potentially dangerous germs and micro-organisms. DO check for leakages. The WHO also recommends checking the microwave regularly for leakage. The microwave should only be run while shut, and there should be no visible signs of damage on the seals or the outer casing of the appliance. Microwave energy can be absorbed by the body and cause heat damage in tissue or organs, especially from long exposures.

Microwave use Dos and Don'ts