Here’s to marking another stage of life 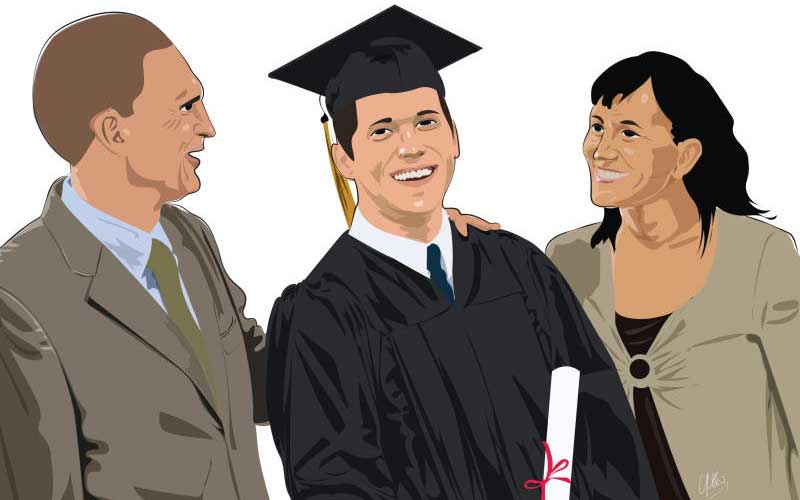 Last week, we celebrated the graduation of our oldest. As I shared the good news with a friend, who also happened to be his kindergarten teacher from many years ago, we marvelled at how far he has come. We shared a good laugh remembering those early days.

Soon after he joined school for the first time, the hubby and I were called for a progress meeting with the teacher – just so we could see how he was settling in. We got to the school and were shown to the boy’s class. As we waited for the teacher to finish with another parent, she encouraged us to look through his books. What we saw, as first-time parents of a school-going child, was a little disconcerting.

We picked his art book first but we couldn’t make out anything sensible from what was inside. There was a lot of colourful, furious scribbling and I remember thinking this must be why we had been called – the little boy was not making any progress! Maybe they wanted to recommend that we move him to another school.

Imagine our surprise when the teacher reassured us that her little student was doing very well in art and that his colouring actually demonstrated great hand-eye coordination, which was the main purpose of getting them to colour pictures at that stage. Phew! Who knew? The hubby and I were much more open to listening to whatever the teacher had to say after that.

Then there was the time I came home from work in the evening to find a white van parked outside my gate. Inside it were a man behind the wheel and my friend the kindergarten headmistress in the passenger seat. She had decided to bring our oldest home herself after he had an accident in school. Apparently, a swing in motion had struck the back of his head and he had to be taken to hospital to get stitches. Rather than let me come home to the shock of finding the boy with a bandage around his head, she had brought him herself so she could explain what had happened. When I went into the house, the young man was going about life as if nothing had happened.

Another time, I got a call at work from my housekeeper asking me to come home because the boy had somehow managed to gouge a hole in his head when he walked into the door handle. The visit to the doctor – because he needed to get stitches, again – is a story in itself. Thankfully, he survived this second head injury though he still bears the scars as a reminder of his childhood days.

He graduated from kindergarten and enjoyed his early years of primary school, even finding time to have a side hustle selling lollipops that he bought from the neighbourhood kiosk to his classmates at a profit. Of course I had no idea what was going on or I would never have parted with the Sh10 he asked for so innocently every so often.

Then school became serious and play time had to be reduced as he faced ‘real’ exams for the first time. We were glad when he got the requisite results to get him to the next level – high school. We packed our oldest off to boarding and although he stayed only a little over one year before moving to day school, he still makes us laugh at the memories of that action-packed time.

As he grew older and got a national identity card, he started to get a feel of ‘real life’ as the hubby and I stepped back a bit to give him room to make his own career choices. From then on, every year his birthday came round and I asked what he would like as a gift, he’d answer without missing a beat, “To go back to kindergarten, please.” Those were the days when his biggest worry in life was not having enough time to play. If only...

And now here we are, celebrating this milestone and pinching ourselves to see if it’s really true. To our oldest, and others marking this stage of life, well done and best wishes!

Sh2b set aside to hire teachers on contract

TSC already recruited 5,000 high school teachers at a cost of Sh2.5 billion to support the 100 per cent transition.