Getting ready for third world War? US unveils the largest destroyer ever built

USA: The largest destroyer ever built for the US Navy has been spotted as it heads out to the Atlantic Ocean for testing.

The Zumwalt, built by Bath Iron Works in Maine at a cost of £2.9bn, the vessel has stealth capabilities.

Despite her large size, she has a radar cross-section akin to a fishing boat.

The multimission ship will provide independent forward presence and deterrence, support special operations forces, and operate as an integral part of joint and combined expeditionary forces.

Zumwalt‍'?s commanding officer, Captain James A Kirk, has caused laughter in some quarters due to his name.

Thanks to the publicity, the more well-known Captain James T Kirk has been in touch.

William Shatner, the Star Trek star, wrote a letter of support to his crew to mark the ship's christening in June 2014.

He said: "Unfortunately I can't be with you when your vessel is commissioned and obviously your captain, Captain Kirk, is dear to my heart.

"So forgive me for not attending, my schedule won't allow me, but know that you are in our thoughts - Mr and Mrs Shatner - and that we bless you and hope that you have a safe journey wherever your ship takes you."

It was Monday December 7 that the ship left Bath and travelled up the Kennebeck River towards the sea to allow the Navy and contractors to operate the vessel under rigorous conditions.

The testing will determine if the Zumwalt is ready to join the fleet as an actively commissioned warship, currently scheduled for 2016.

As well as being stealth-ready, according to Business Insider the ship is fitted with all sorts of modern tech, and has the capabilities to take on future systems including laser weapons and advanced radar tracking for ballistic missiles.

Fitted with Raytheon's Integrated Undersea Warfare sonar, a sophisticated suite of sensors for anti-submarine and torpedo defense, it's also able to run with only 130 crew, around 80 fewer than a standard destroyer.

Republican presidential candidate Donald Trump on Tuesday defended his proposal to ban Muslims from entering the United States, comparing his plan to the World War Two detainment of Japanese-Americans and others in dismissing growing outrage from around the world.

By Nancy Nzalambi | 7 hours ago

Learn the art of self promotion

By Antony Gitonga | 22 hours ago 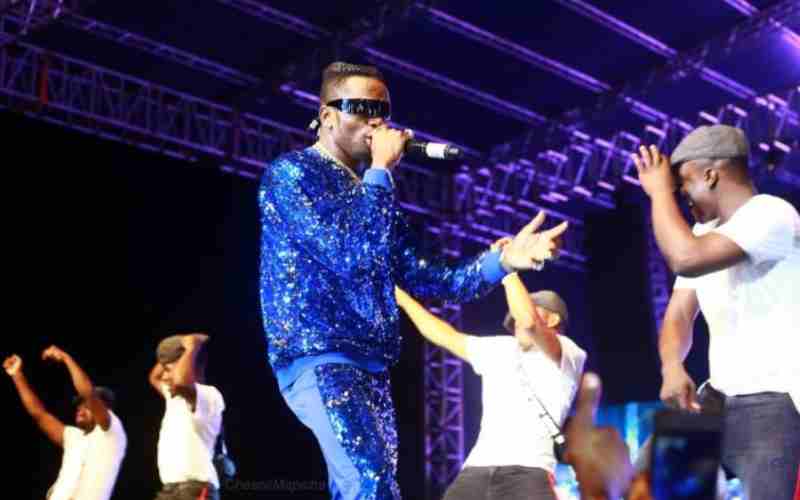