Last week’s Cabinet reshuffle saw the appointment of Aidah Munano to head the newly-created Housing & Urban Development department as the principal secretary. Together with Mariam El Maawy who will be in charge of the Lands department, she will work under the newly-appointed Land, Housing and Urban Development Cabinet Secretary Jacob Kaimenyi.

One of the major tasks awaiting both Kaimenyi and Munano how best to help the housing sub-sector deliver housing using appropriate building technologies (ABTs) to reduce the deficit.

The uptake and acceptance of such technologies in the country have been low, partly leading the huge housing deficit.

According to Joseph Ngotho, director of Sweet Waters Affordable Housing Services who deal in interlocking bricks, acceptance of modern building technology has been low due to lack of awareness. “However, with the increased economic hardship, many people are opting to use such technologies,” he says.

Daniel Ojijo, executive chairman of Homes Universal Ltd observes that new technologies is the answer to the deficit, especially in the middle- and low-income brackets.

According to the Kenya National Housing Survey 2012/13 report, 66 per cent of the built environment professionals reported to have been advocating for use of alternative building materials and appropriate technologies.

The proportion of engineers (civil, structural, mechanical and electrical), quantity surveyors and architects who reported to have advised on the use alternative building materials and appropriate technologies in building was 80, 86 and 88 per cent, respectively.

Notably 16.9, 8 and 2.9 per cent of architects, quantity surveyors and engineers in Kenya do not believe in and do not advise their clients to use alternative building materials and alternative appropriate technologies, according to the survey.

“Many professionals in the industry are still analog,” he said.

David Njuguna Mathu, the acting manager in charge of research and business development at the National Construction Authority (NCA) says that the construction industry depends mainly on unskilled workers with a labour force of 42 per cent.

According to a recent NCA survey, only 150,000 construction workers and 18,000 contractors in different classifications are registered with the regulator.

Experts, however, advise that potential home-builders shopping for modern building technologies should weigh the pros and cons before settling on a technology.

One of the modern technologies considered to reduce the cost of building are the EPS panels (NHC has an EPS factory in Mavoko, Machakos County). Menelik Makonnen, MD of NASCA Construction Limited, says that when constructing a three-bedroom panel home, one needs to employ a maximum of five onsite workers to complete the job.

Building using brick and mortar, on the other hand, takes more than 50 onsite workers per day.

This technology is believed to help cut the overall construction period by 40 per cent as it takes only a few days to erect the panels onsite.

However, according to Henry Kunusia, an architect, what people are not told is that using such building technologies requires ready finances.

“While EPS can reduce construction costs by between 20 and 30 per cent, using this technology needs one who has ready finances as building in stages or with long breaks would cost much more than the conventional way,” he said.

When building a three-bedroom house, one would need between 72 and 92 panels, depending on the size of the rooms. The house would cost an average of Sh2.5 million to finish, according to Kunusia. 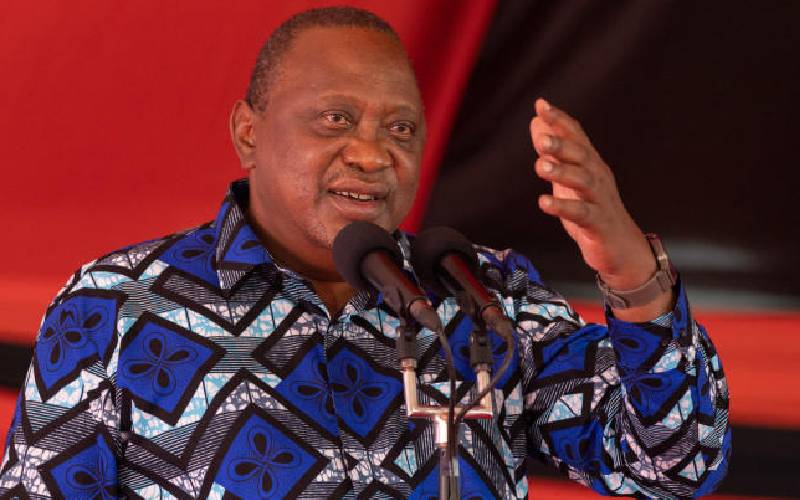 Premium Will President Uhuru name new Cabinet secretaries?
Other members of Uhuru's Cabinet who have taken up extra duties include Transport CS James Macharia.
Politics
By Jacob Ng'etich
3 months ago

By Graham Kajilwa 3 23 hours ago
Premium CS Karoney: This is what you'll need to transact on land after digitisation