A sociologist’s encounter with an intersex child

By MACHUA KOINANGE | 8yrs ago

For the last 24 years, sociologist Jason Abukutse has worked in different parts of the country. But no experience had come close to preparing him for an encounter with Bili’s reality; a nine-year-old intersex in Nyahururu.

He had not read much on the subject nor had he interacted with any individual with both male and female organs. It’s not the kind of experience that sociology books and classes prepare one for. The Nyandarua County Director of Probation met Bili at a children safety centre in Nyahururu in July 2009.

He says the encounter changed him and gave him a desire to understand intersex individuals and how he could respond to their needs in a rural district where abject poverty and conservative social values reign supreme. He remembers that the child’s mother had been arrested for neglecting her child, prompting the Social Services department to be involved.

“The probation services are required to provide a report. So in the course of my work I realised the child was a hermaphrodite. I first formed the opinion the child required specialised surgery for correction. She was nine years. The child had other issues like mental retardation, her development appeared stunted. She was not as active as other children her age and was withdrawn,” he told The Standard on Sunday.

He took time to establish and nurture a close relationship with the child. “The parents knew that the child could not identify with other children at school. When the child wanted to use the washrooms there would be a conflict. Does the child use the male or female bathroom?”

When Abukutse first met Bili, she was being dressed as a girl. “Later a lady called from Nairobi after her story was highlighted in the media and offered to pay for correctional surgery.”

Abukutse says it was a long process. A court order had to be procured to effect the child’s assessment. The Good Samaritan paid for travel expenses for the child, father and grandmother to Nairobi.

Bili was diagnosed at Kenyatta National Hospital and a report prepared. The hospital gave an appointment for the following year to carry out an operation.

The frustrated Good Samaritan upset with the bureaucracy offered to pay for the surgery at another hospital. But after further consultations, it was resolved not to proceed with the surgery.

According to Abukutse, it was decided that it would be better to empower the child, educate the parents and involve the community in socialising and integrating the child.

Abukutse has noticed that Bili is now sociable and more responsive to interacting with people. And he believes this is the result of concerted efforts and education to bring Bili out of her shell.

Cultural norms have played a big part in contributing to many intersex individuals and their parents living in a closet. Abukutse remembers growing up in Western Province, where communities place a premium in the socio-cultural values to their children’s upbringing.

In Bili’s case, Abukutse says cultural values and lack of education contribute to spreading ignorance and fear in the community.

“When a child is born like that, many people tend to relate the status of that child with misfortune. They would want to believe it is superstition. Many consider it to be a curse.” 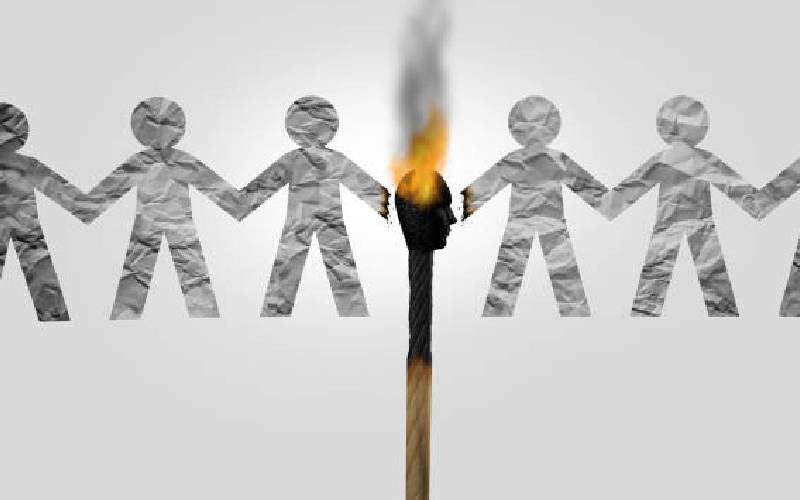