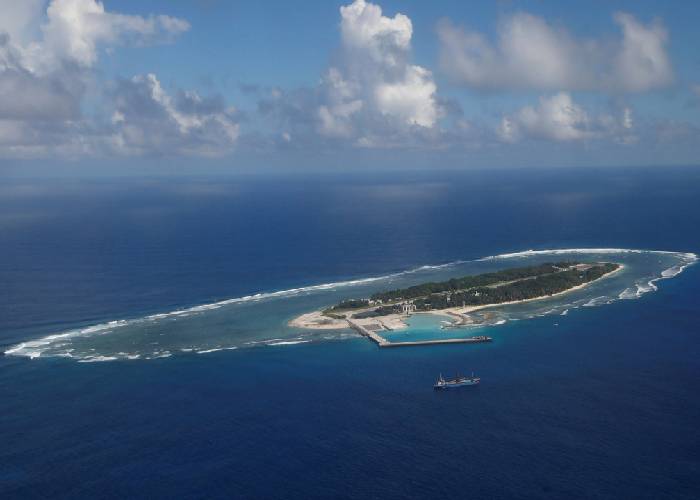 The fateful waters of South China Sea can’t seem to remain at peace, thanks to Beijing's determination of forcefully encroaching upon foreign territories. Tensions between Philippines and China have flared up once again after the Philippine Coast Guard claimed that it chased a Chinese warship out of the South China Sea.

After hundreds of Chinese ships flooded the disputed region earlier this year, the two nations' ships have been stuck in a showdown in the South China Sea for months. The Philippines has consistently protested the ships' presence, with the US support, while Beijing has asserted that its actions are normal and legitimate.

Earlier this year, a Chinese fleet descended on Spratly Island in the South China Sea, a contentious island with oil and gas reserves. Since April, embassy officials of the two countries have been at odds over the presence of almost 200 Chinese ships discovered on the Whitsun Reef before moving to other parts of the disputed waterways. Beijing has not only rebuffed Manila’s protests, but has also claimed ownership of the Whitsun Reef.

Instead of withdrawing, 200 Chinese warships began circling the exclusive economic zone of the Philippines. It is an invasion by China, as the armada not only took control of foreign waters, but the Philippines military also detected fraudulently erected military structures on the disputed islands. If China's tactics succeed, the Philippines risks losing another fishing zone, similar to what happened in 2012 when China seized command of Scarborough Shoal.

More than 20 per cent of the global trade passes through the South China Sea. The seabeds here are also known to harbour oil and natural gas reserves, along with fisheries essential to the food security of millions of people in South Asia. China, the Philippines, and other Southeast Asia countries have long been involved in territorial conflicts over the region's islands, reefs, and seabeds.

Beijing claims practically the whole South China Sea, and to back up its claim, it has long used the 'Nine-dash line,' which is based on dubious historical accounts, to buttress its claim. China has even militarised quite a few low-lying islands and coral reefs in the region.

Most of the disagreements are around noncompliance with international "Exclusive Economic Zones," which extend up to 200 nautical miles from any state's shore. China, in particular, has a long and storied history of skirting the law.

Five years ago, an Arbitral Tribunal established under the 1982 Law of the Sea Convention issued a unanimous judgement dismissing the PRC's wide South China Sea maritime claims as having no legal basis. The Permanent Court of Arbitration in The Hague issued the binding decision in response to the Philippines' petition to the court against Beijing’s forceful occupation of the Scarborough Shoal. By interfering with Philippine fishing and petroleum exploration, constructing artificial islands, and failing to prohibit Chinese fishermen from fishing in the zone, the tribunal held China had infringed on the Philippines' sovereign rights in its exclusive economic zone.

It stated that China had curbed traditional fishing rights on Scarborough Shoal, where fishermen from the Philippines and China were claimed to have customary fishing rights. However, Beijing refused to acknowledge the verdict and to this day the Filipino fishermen may not access the disputed fishing areas.

The South China Sea is a major strategic battleground, not just another far-off oriental water body. The United States and its allies are more involved in this region, and the Philippines has been counting on their help and support against China. The US, Canada, Australia, and Japan have all pledged their support towards Manila in the face of a belligerent Beijing.

However, Beijing remains untamed and unfettered and continues to maintain its presence in the exclusive economic zone of the Philippines. A dozen boats may be a message but an armada of 200 plus warships in foreign water is a signal of war.

An expansionist China has two weapons in its quiver, when it comes to capturing foreign territories- debt trap, and military invasion. When the wallet fails, Beijing resorts to using the gun. China has long since crossed the boundary. It's pastime for the international community to stand up to this expansionist and authoritarian bully.

MPs have threatened to shoot down tough regulations by the electoral commission that seek to curb runaway election campaign spending.

By Joseph G Muthama | 18 hours ago

By Rachael Wangari Ayimba | 23 hours ago 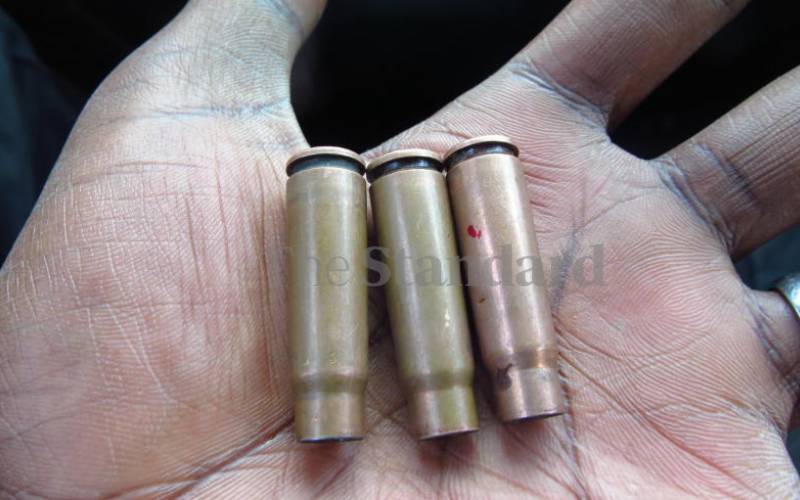 By Antony Pepsi | 23 hours ago