The manner in which President Uhuru Kenyatta has been promising to deal with runaway corruption leaves a lot to be desired.

This is because the president’s behaviour wherever he gives such promises has portrayed a man who is concerned and deeply perturbed with the rate at which corruption cases have been popping up incessantly.

Nevertheless, this demeanour has never been mutually inclusive with the expected action that the public yearns for to accompany the promise. No major substantive corruption case has been successfully prosecuted and perpetrators subjected to the full force of the law.

The cartels have a voracious appetite for more, painfully from where they have not laboured and robbing the dead in the unfolding yarn of Covid-19 billionaires scandal, they have proven to be atrocious if not callous, to say the least.

It is paining to see and hear known public figures shifting blame as they point fingers at their accomplices that they were not alone in the vice.

Maybe the gravity of this matter is not as overt to the suspects and the agencies tasked with fighting corruption as it is to us who bear the brunt through tax. One thing that the president should be cognizant about as the head of this government is that, in any circumstance, the buck stops with him.

This implies that whenever we hear the bell of corruption responsibility tolling, we should not ask who the bell is tolling for. It only tolls for the president to take responsibility. Even with the few months remaining for transition to a new government, it would not go down well with my president in the annals of history that he presided over a government that robed the dead in the name of Covid-19 billionaires. This may not be the best of legacies!

Without a doubt, Mboya was a fine trade union leader

It has been over one month since many Kenyan golfers last played a round of golf.

By Benard amaya | 2 days ago

By Amos Kareithi | 9 days ago 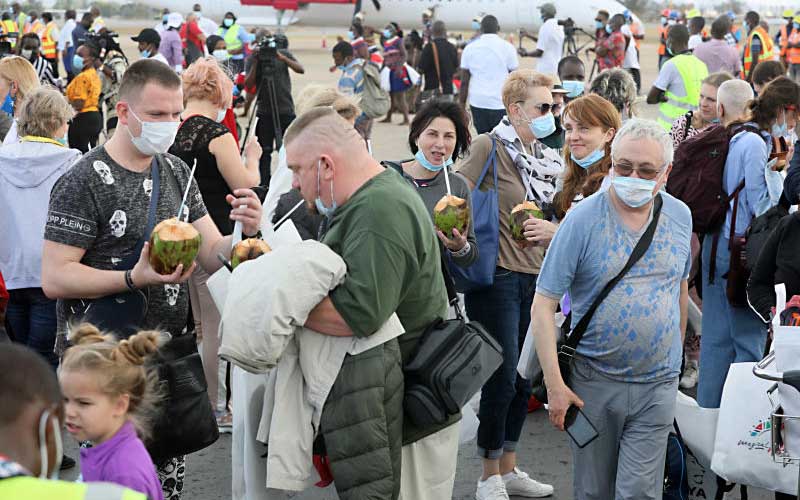 By Kenneth Maina | 10 days ago

Political goodwill is needed to rescue our tourism sector
Feedback