NAIROBI, KENYA: The Mau Forest Complex in western Kenya covers an area of over 400,000 ha and is ecologically and economically critical for Kenya and parts of East Africa. More than 10 million people depend on its rivers.

The forest also influences region’s micro-climate such as rainfall patterns, creating ideal conditions for the production of crops including tea. Furthermore, the area is one of Kenya’s main water towers and most of its hydroelectric power is generated here.

In the recent decades, more than 25 percent of the forest has either been cut down or degraded. This is caused by growing populations, livestock grazing, charcoal burning and timber extraction from the forest and mega infrastructure development such as dams.

The Kenya Forests Working Group (KFWG) appreciates the importance of dam construction as a source of water that support rural livelihoods and spur economic growth. The proposed “Bosto Dam Project" in Bomet County is a good initiative.

However, KFWG says it objects to the proposed location of the Dam along Kipsonoi River within South West Mau Forest Reserve. “We therefore recommend for an outside the forest reserve dam project option based on the following reasons.”

The Environment Impact Assesment (EIA) report does not comply with international guidelines on development of EIAs.

That the Public Notice was published in one of the local dailies on 25 July 2017, but Environmental Impact Assessment (EIA) Study Report on which the public were to base their comments was not made available on NEMA’s website 20 days after the publication of the notice. This denied the public adequate time to enable them make informed comments on the proposed dam project.

Based on the EIA Report, Preliminary stakeholder mapping  which was undertaken during the reconnaissance mission in the project area on 3rd and 5th May 2017 failed to identify National Land Commission (NLC) and Community Forest Associations (CFAs) especially Nyangores CFA as main stakeholders and thus were not consulted during Stakeholders and Public consultation process

On vegetation the consultants acknowledge that their findings showed that the vegetation in the proposed dam area is characterized by a community dominated by Macaranga kilimandscharica trees intermixed with Vernonia auriculifera and Solanum aculeastrum shrubs and more importantly endangered plant species in the proposed project area was Polycias kikuyuensis. These are the species to be sacrificed through the submergence of an area approximately 252ha equivalent of 622.7 acres.

The consultants acknowledge that there will be Loss of indigenous forests during the clearance of vegetation within the South West Mau Forest Reserve in the following areas associated with the NWCPC Bosto Dam Project: Access road to the dam site, the dam axis across the Kipsonoi River, laying of water transmission pipeline from the dam to the Bosto Hill WTP.

Loss of endangered species through the submergence of the dam flood area will lead to the loss of some trees belonging to the Polycias kikuyuensis species which is designated as endangered in the IUCN Kenya Red List Species.

On Wildlife, the consultants acknowledge that Mau forest is inhabited to a large extent by large animals such as buffalos, leopards, hyenas, antelopes, elephants, some of which are of international conservation concern-being home to rare animal species like bongo, giant forest hogs, cooper tailed monkeys, black and white Columbus monkeys, elephants, leopards and buffalos.

The consultants acknowledge that Mau Forest is home to a rich variety of birds and is said to represent the richest montane avifauna in Eastern Africa. Comprehensive list of birds, amphibians, reptiles and fish among other biodiversity should be mentioned.

Article 10 and 69 of the Constitution of Kenya recognizes public participation as a principle of governance and gives the state a responsibility to encourage public participation in the management, protection and conservation of the environment. According to EIA regulations, beneficiaries and members of the public living within new or improvement project sites must be consulted before project implemented. Nyangores CFA leadership, Forest Station Manager and the National Land Commission were not consulted. There is no detailed list of stakeholders consulted showing contacts of stakeholders, date and venue of meetings provided.

Restricted participation to field consultative meetings and the lack of community feedback meetings puts to question the level of stakeholder participation in the EIA preparation process. The participation of KFS and CFAs did not address the principles of Free, Prior and Informed Consent (FPIC) of the representatives.

In keeping with the Constitution of Kenya, Article 69 set target of improving the country’s forest cover to 10 percent, protection of existing forests is a national priority, the temptation of clearing a natural forest that has taken hundreds of years is unwise.

In keeping with the Forest (Conservation and Management) Act 2016, Article 34 state that variation of boundaries or revocation of public forest. Any person may petition the National Assembly or the Senate for the variation of boundaries of the public forest or a portion of it. And the petition must demonstrate that the variation does not endanger any rare, threatened or endangered species. This must be supported by majority of members of the National Assembly or the Senate through a vote.

Based on assessment of the quality of information provided, potential impacts and proposed mitigations, we recommend an outside the forest reserve option. 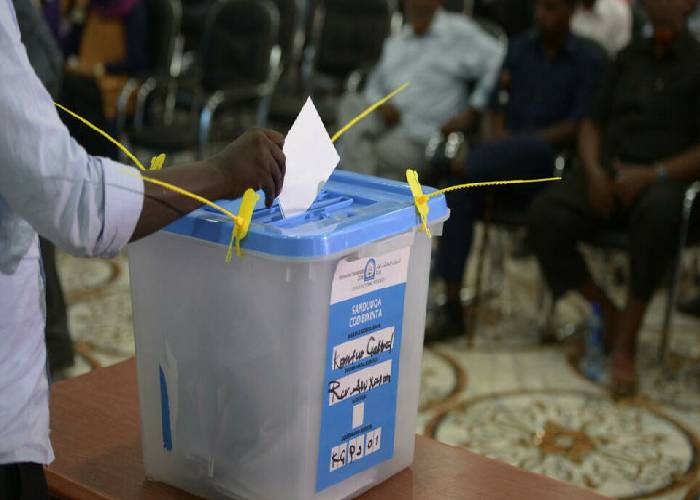 By Hamza Abdulkadir Sadik | 4 days ago

By Harrison Mwirigi Ikunda | 20 days ago

By Mundia Mundia | 22 days ago