Finally, the mighty US is wincing in embarrassment at the leakage of otherwise private, mostly off-the-cuff and honest communication from their not-so-diplomatic missions around the world.

What is really of interest is not the "secrets" contained in the various communications by the embassy attaches — that was expected — but the tone of the said dispatches.

Practically in all communication, the subjects of interest — mainly presidents, prime ministers, royalty, countries as well as prominent persons — are treated with disdain and arrogance as only America is capable of doing.

From Zimbabwe’s President Robert Mugabe, France’s Nicolas Sakorzy, Russia’s PM Vladimir Putin to our own leaders, the language is the same throughout.

If the US is serious about addressing terrorism and so-called anti-American sentiments, the solution does not lie in the barrel of the gun. From the Wikileaks dossier, it is crystal clear what the US thinks of the rest of the world.

America must rid itself of this mind-set of disdain and intolerance towards non-Americans. We cannot all be Americans; the US should know and live with that.

Kenya should learn not to be dictated to by the US on how to govern its affairs. The US only thinks about its best interest when dealing with African countries.

And anyway, why would Americans call Prime Minister Raila Odinga rather than President Kibaki to apologise? Something is not right here.

The problem with Government Spokesman Alfred Mutua is tempering everything with fantasy. Jonny Carson must have been apologising about comments made about Raila during the last elections. It is common knowledge America was then biased towards working with Kibaki, and not Raila.

Many problems facing Kenya, including PEV, have been engineered by the Americans.

They see Kenyans as pawns in their game to acquire more wealth and power. Let us look to God and stop the vanity of thinking that the US cares about anything else apart from itself.

This is a great eye-opener for our leaders that they will never find genuine friends in the western world.

They are neo-colonialists out to disrupt development, and must be shunned or we will perish.

Gospel singer Munishi sang and said, "be careful about Americans..." He seemed to understand how they operate.

I do not see why the US is panicking about the leak. The information is their true view about what they think of certain countries. This is like being asked to give honest views on your friends, relatives or workmates.

There is nothing unusual about the leaks. Ask the British, Swedish or even Kenyans what they think about partner states and you will be shocked. Or ask your children what they really think about you!

Mass action did not lead to PEV deaths

Ruto had gone to meet International Criminal Court officials to set the record straight as far as his involvement in post-election violence was concerned.

During his speech, Hon Mbiuki opined that those who called for mass action to protest the "stolen election" of December 2007 should also be taken to The Hague because it resulted in mass killings.

However, Kenyans expect a leader of Mbiuki’s calibre to be sufficiently knowledgeable to differentiate between mass action and mass killings.

Mass action is simply about peaceful public demonstrations and protests against an issue that the public does not agree with. I’m sure Mbiuki knows that before PEV, we have had mass action and at no time did it lead to wanton killings.

Mbiuki must recall that it was mass action that forced former President Moi to relent to the pressure for multi-party democracy in the early 1990s.

Further, the threat of mass action under the slogan "No Reforms, No Elections" forced Moi to agree to the Inter-Parties Parliamentary Group reform package, which levelled the election playing field albeit only to the extent of appointing commissioners to the now defunct Electoral Commission of Kenya.

Therefore, it should be clear to all Kenyans that mass action has brought this country to its present progressive and democratic status. No wonder mass action has now been entrenched in the new Constitution, which explicitly provides for the right to protest and picket under the Bill of Rights.

Mass killings, on the other hand, are about an individual or a group of individuals engaging in acts intended to exterminate a group of people perceived to be the enemy.

During post poll chaos, mass demonstrations and protests were reported in many parts of the country but they were never accompanied by the mass killings witnessed in some areas of the Rift Valley.

In fact, most of the killings which were reported across the country were attributed to the police, who acted over-zealously while trying to quell riots.

I hope this assists Mbiuki note and appreciate the differences.

Ocampo must strike without fear, favour

They knew Ocampo would strike like lightning, shining light into the pervading darkness. Suddenly, the Argentine was the talk of town, dominating newspaper headlines.

However, after a few more visits, people got used to seeing the prosecutor up and about town. Politicians suddenly started attacking him in rallies, describing him as a toothless bulldog.

Now that he is back in the country again, he should know we are tired of his visits that don’t appear to reap results. He must strike without fear or favour and bring all perpetrators to book.

The move by the Transport ministry to ease traffic congestion on our roads is laudable.

The introduction of buses will result in fewer vehicles on the road offering similar services to that of 14-seater matatus. In fact, it is estimated one bus will take the place of two to three matatus.

However, there is a downside to this: for every three matatus replaced will result in the unemployment of at least four workers and subsequent loss of income for their families.

When this figure is multiplied across the country, the number of jobless men and youth will be staggering. Not all of these individuals will afford to invest in buses, leaving the transport sector in the hands of a few wealthy people.

It is said that in business and in life, it is good to be ambitious. But it is also good to be realistic.

The talk of harnessing nuclear energy with a team even being appointed to look at possibilities is simply wasting taxpayers’ money.

You only go nuclear when you have exhausted all available options. Besides, the responsibility that comes with operating a nuclear plant is not child’s play because when things go wrong, they can be disastrous.

We are a nation that can’t even manage simple roads, or even a stadium. We import basics like toothpaste, yet we want to set up a nuclear power plant? Why should we pretend we can run before we can crawl?

Instead, let us focus on wind and solar energy, which are in abundance with minimal maintenance.

Was Parliament right not to endorse nominees to the CIC and CRA teams last week?

No, these are just delaying tactics. They should know that however much they run away from the truth, it will become a reality.

We have a President and PM who should be given room to govern without fear. Please give them a chance so that if they don’t deliver, we can retire them.

MPs were trying to blackmail the Government. They forget it was wananchi who voted for the new Constitution. Their action was not justified.

Our leaders are selfish and not concerned with public good. Their actions will not stop the public from pursuing what is right.

Yes, Parliament was justified. The problem was not the committees or their members. Rather, it was the ‘Big Brother’ attitude of MPs opposed to the Ligale Commission. However, there is no problem that cannot be solved through consensus.

MPs are just a bunch of selfish and heartless fellows who have no feelings for the country or voters. They only care about short-term personal gains.

With county governments and the Senate, why do we need 80 extra constituents? Are they a priority?

MPs have vested political interests on the issue of boundaries. Though I did not approve the Interim Independent Boundaries Review Commission’s recommendations, there seems to be an ill motive behind MPs’ actions.

No. Our MPS are still entrenched in cheap, tribal politics. The forest (new Constitution) changed but the monkeys remained the same. They must put the country’s interests first if we are to progress.

MPs must meet the deadlines set by the new Constitution or else pack and leave.

President, deputy mourn Joe Kadhi, the 'godfather of print media'
President hailed him as an exceptional editor who earned himself accolades and several media awards. He won a lifetime achievement award at the 2015 Annual Journalism Excellence Awards.
National
By Mike Kihaki
1 hour ago

High Court to decide if Jimi Wanjigi will be on the ballot
Jimi Wanjigi’s lawyer Omwanza Ombati argued that the Commission for University Education (CUE) had cleared him and therefore IEBC was bound to accept his university documents.
Politics
By Kamau Muthoni
1 hour ago 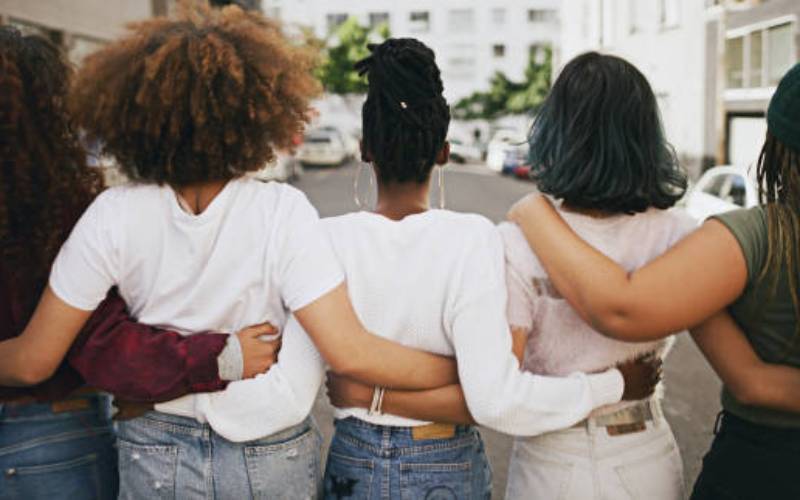 By Shaline Jeruto 3 18 days ago
When setting up girls' empowerment plans, remember the boys 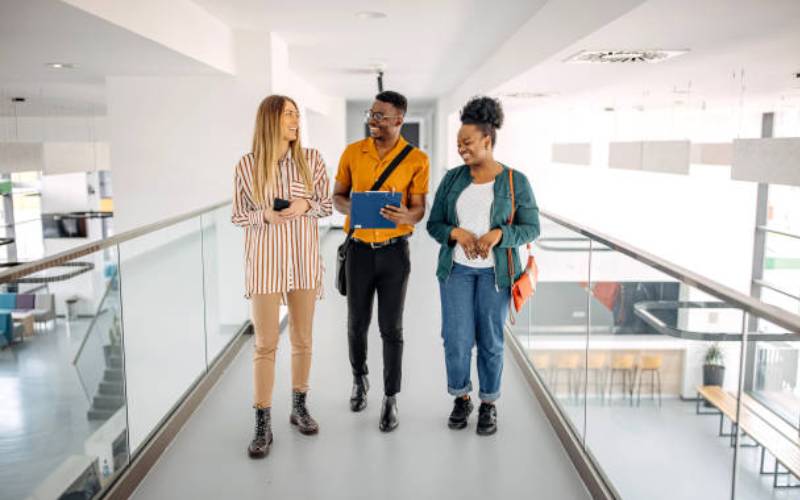 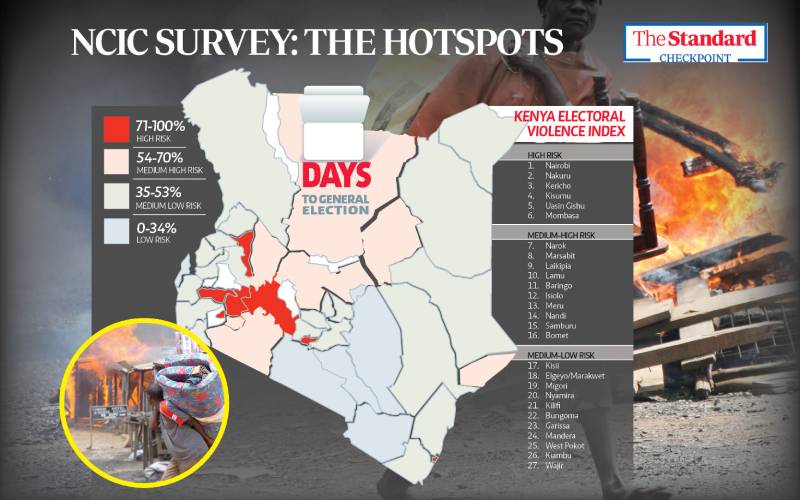 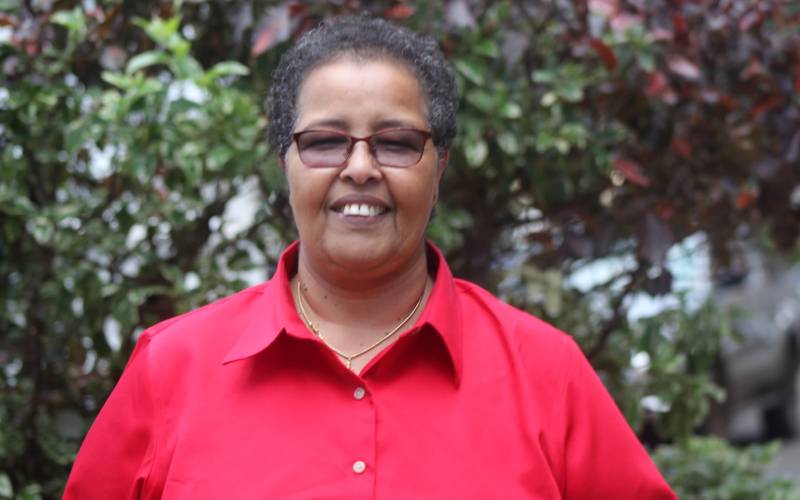