It is official. William Samoei Ruto is the president-elect. Barring Supreme Court of Kenya petitions, he will be Kenya’s fifth president. And boy, has it been a battle royale! Enduring outright frustrations and invective from his detractors, Dr Ruto has waged a four-year campaign that has culminated in a resounding win over his arch-rival, Raila Odinga.

There are salutary lessons that obtain from Ruto’s travails and ultimately, his win. The first is that any presidential campaign must connect with citizens at grassroots level. Ruto and his Kenya Kwanza outfit made this the centre-piece of their endeavours. They came up with the Bottom-up economic model and sold it across rural Kenya where the roads are rough. Their Azimio counterparts ran their campaigns along the main highways and thoroughfares of the cities.

Second, Kenyans are gradually transitioning from ethnic loyalties to issue-driven politics. Ruto’s overwhelming success in Central Kenya reflects this. The region voted him overwhelmingly against the preference of their leader Uhuru Kenyatta. Kenyatta, a two-term president and formerly a darling of the region, has been blamed for a tanking economy and the downturn of the fortunes of the Kikuyu nation. Ruto’s policy proposals promise to restore prosperity to the region.

Third, media embellishment of reputations of political candidates is transient. Raila’s running mate, Martha Karua, was curated for her alleged ability to deliver the Central Kenya vote. She was hailed as the game-changer who would obliterate the in-roads Ruto had made in the region. Legacy media celebrated her with headlines like ‘The Martha Effect’ which came a cropper when Karua failed to deliver votes even from her native Mugumo polling station. Conversely, Ruto’s running mate Rigathi Gachagua, previously derided by media as a poor pick, surprised many when he not only delivered the vote but showed himself to be polished, articulate and with an amazing grasp of local and national issues.

Fourth, the fabled Deep State exists only in the fecund imagination of those who are too lazy to engage in the hard work of winning the hearts of the electorate. It is at once the bogeyman of the losing side and the convenient crutch dependants on government largesse assume will enable them to win an election. The Deep State failed to show up for those who bragged that they had the ‘system’ on their side.

Finally, the combination of the Maina Kiai decision of 2016 and the Supreme Court decision of 2017 have ensured the integrity of presidential election results. The Kiai decision says, “constituency returning officers possess a fundamental and inalienable mandate to declare the final presidential election at constituency level and that such declaration is final and not subject to alteration, confirmation or adulteration by any person or authority, other than an election court pursuant to Articles 86 and 132(2) of the Constitution of Kenya”. The Electronic Results Transmission System ensures that from the constituency to the National Tallying Centre, the results are not tampered with by those who intend to facilitate rigging.

Further, the Independent Electoral and Boundaries Commission now allows the public to access its results portal so that these are verified by multiple interested parties and independently tallied as they come. This transparency aided in the alleviation of tension as the country waited to get presidential results.

Ruto has lived up to the Biblical example of Paul in 2 Timothy 4:7. He has “fought the good fight, finished the race and kept the faith.” Congratulations are in order.

On a related note, the conduct of a section of the political class left a lot to be desired. On at least two occasions, they stormed the National Tallying Centre, disrupted the processes there and were captured on camera taking laptops and iPad from IEBC staff and other party agents. Giving in to such primordial instincts to resolve alleged electoral grievances is uncouth and uncultured, especially where recourse to the Supreme Court is available. To these, we say, “shame on you!” 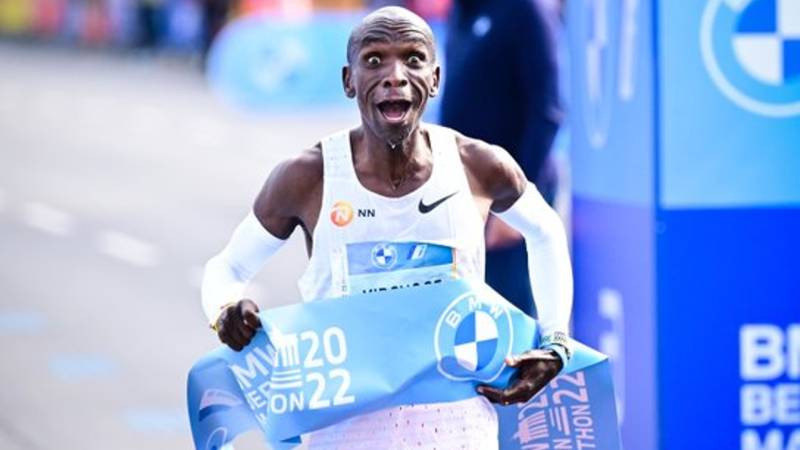 By Sean Wasonga 48 mins ago
Cyber security begins with hiring the right people
.