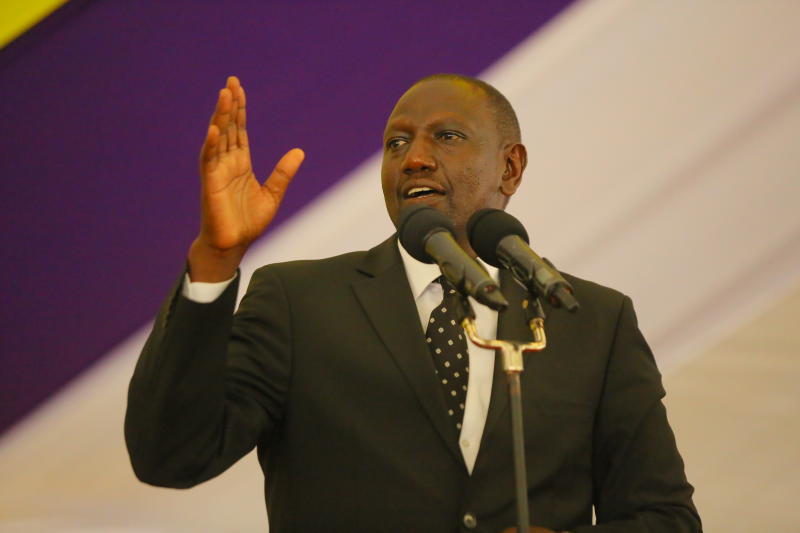 Deputy President William Ruto (pictured) should be impeached as soon as possible.  I am saying this because Dr Ruto has been using his office to undermine President Uhuru Kenyatta and the very government he serves.

Through his conduct and the way he carries himself, the DP always attempts to outshine his boss, which is wrong, politically speaking. It is unfair for the man who is the second in command in our country to continue using resources allocated to his office to move around the country and criticise the same Jubilee administration he belongs to.

The decision by the DP and his allies to form United Democratic Alliance (UDA) to rival Jubilee, is a clear sign that he has lost faith in the party that he used to ride to power.

It is not only against the law for party members to promote the ideals of another political outfit, but it is also morally wrong. What Ruto is doing now is akin to biting the hand that feeds him.

If I could advise the DP, I would tell him bluntly that his continued stay in office is untenable. He needs to do the honourable thing and resign to save face, now that he is distancing himself from the Jubilee administration.

The late Jaramogi Oginga Odinga set the precedent when he resigned in a huff after falling out with President Jomo Kenyatta.

Ruto will not be doing a new thing.

Covid-19 vaccination: Time is of the essence

Now the arrival of the vaccines here last Tuesday offers a new ray of hope, with the method of distribution to be decided by the Kenyan government.

The setting: Some roadside town in Nyeri that has more bars than shops and churches combined, and noticeably no bookshop. But I digress.

The curse: One week, three killings as kin fight over land
Feedback