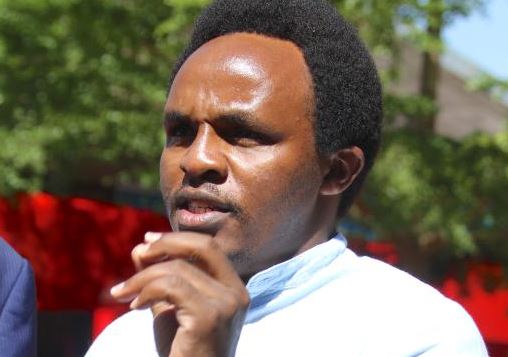 A group of youth allied to President Uhuru Kenyatta and ODM leader Raila Odinga have formed a caucus to campaign for the Building Bridges Initiative (BBI) across the country.

Under the name Young Turks Handshake Alliance, the group said they had a strategy to create a 10-million-strong network of committed youth drawn from all counties to lobby for the passage of the Building Bridges Initiative Bill.

In a statement to newsrooms, the caucus said they had set up an 18,000-member coordination team drawn from across the country, which consists of an equal number of men and women to campaign for the Constitutional (Amendment) Bill.

“We believe that BBI is not a political document but a means to a prosperous future for all young Kenyans,” said the statement.

The group said Kenyans will benefit from the increased allocation to counties, from a minimum of 15 per cent to 35 per cent.

Kinuthia (pictured) said the creation of a youth commission and nominating two young people to the National Assembly are big benefits.

The National Treasury will pay domestic investors close to Sh1 trillion this year, raising fears of refinancing risks should the market become jittery

The so-called Men's Conference, a fictional meeting for those dodging costs, has been a trending topic on Twitter for days

By Kevine Omollo | 15 hours ago